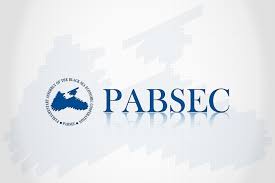 The early parliamentary elections held in Azerbaijan on Feb. 9 will become a new impetus for the further strengthening and development of Azerbaijan, a member of the observation mission of the Parliamentary Assembly of the Black Sea Economic Cooperation (PABSEC), Turkish MP Cemil Ozturk said at a press conference on the results of the elections, AzVision.az reports citing Tend.

"I did not encounter any negative phenomena in the course of the observations. Democratic, fair elections were held in Azerbaijan. Congratulations to the people of Azerbaijan on this," Cemil Ozturk said.

The PABSEC Secretary General Asaf Hajiyev noted that the monitoring mission included representatives from five member countries of the organization.

"We visited more than 10 polling stations and did not record any violations," Asaf Hajiyev said.

Member of the PABSEC observation mission, Russian MP Maxim Shablikin also said that the elections in Azerbaijan were very democratic, citizens freely participated in the elections.

Throughout the day, 5,573 permanent polling stations operated in 125 constituencies of the country.