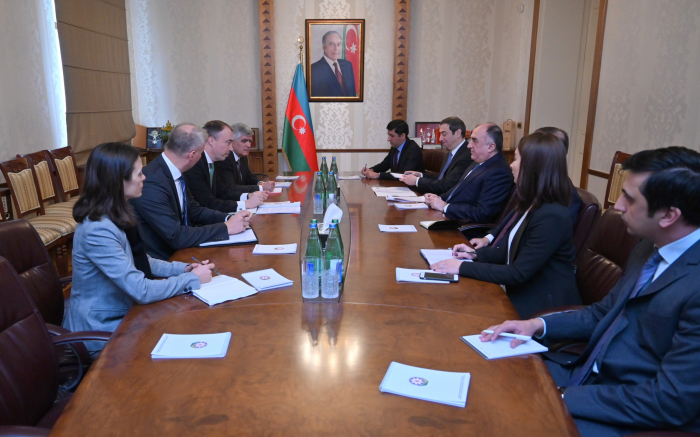 Klaar noted his meeting with Azerbaijani President Ilham Aliyev and said that fruitful discussions took place at the meeting.

Minister Mammadyarov informed his interlocutor about the current status of the settlement process of the Armenia-Azerbaijan Nagorno-Karabakh conflict, including the meeting of the Foreign Ministers of Azerbaijan and Armenia with the participation of the OSCE Minsk Group Co-Chairs and Personal Representative of the OSCE Chairperson-in-Office in Geneva on 28-30 January, 2020 and its outcomes. Also the minister underlined the importance of detailed discussions on the substantive aspects of early conflict resolution on the basis of the principles of Helsinki Final Act.

The sides also exchanged their views on the various issues of the cooperation agenda of Azerbaijan and the European Union relations, as well as the other issues of mutual interest.