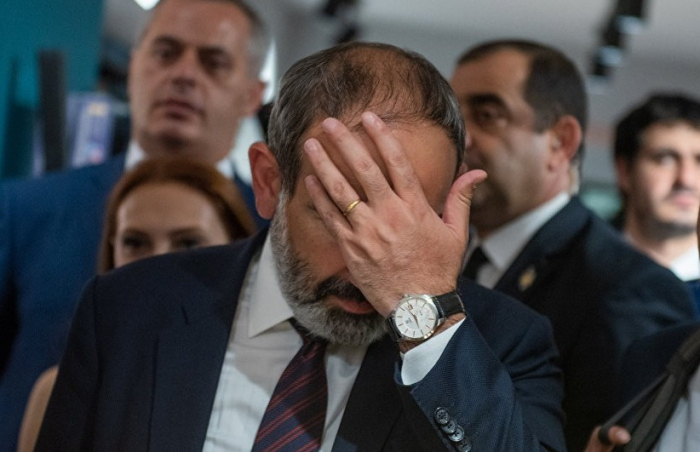 During the meeting with Turkish Foreign Minister Mevlut Cavusoglu in Baku a few days ago, Azerbaijan’s President Ilham Aliyev touched upon the ongoing double-standard approach to Baku and Ankara by the Council of Europe and its institutions.

The head of state expresses regret that the Council of Europe is experiencing the process of degradation; this organization is losing its importance in the international arena and is not able to exert any influence on the developments unfolding in the world.

The Azerbaijani leader openly stated that the credibility of the organization has declined, and the main reason for this is probably the hypocrisy, double standards and injustice prevailing in it.

“To be honest, the Azerbaijani people have long lost hope for this organization because for almost 20 years, at various times. It was fulfilling a political order, choosing Azerbaijan as a target, fabricating and spreading incredible lies about us. Azerbaijan is portrayed as a backward country and the positive processes taking place in Azerbaijan are not taken into account. They try to describe Azerbaijan only in black colours and again, relying on unfounded and falsified data, publish reports and adopt resolutions. There are allegedly political prisoners here and the democratic process is supposedly obstructed in Azerbaijan. This is a lie. We have no political prisoners in Azerbaijan and we do know it well,” President Aliyev said.

He stressed that the countries that do have political prisoners are ignored, citing Armenia as an example.

“For more than a year, the former president of Armenia has been under arrest. He was arrested after declaring a desire to engage in active politics and has been in prison for more than a year. Also under investigation is the president who led Armenia two years ago. A criminal case has been instituted against him and, according to the information circulated in the media, his case has been referred to court. The main reason is that former presidents criticized the activities of the current government. Journalists are arrested in Armenia. I am told that the head of a media agency was recently arrested. A few months ago, one of the journalists began a hunger strike in prison and died. However, none of these facts is taken into account in the Council of Europe. Why? Why do they show one attitude towards Armenia and a different one towards Azerbaijan and Turkey? We know the answer to this question too well, and I want to note once again: it would be good if the Council of Europe dealt with these issues,” the president added.

Such an open double-approach to Azerbaijan by one of the oldest and “largest” international organizations is unfair. How can we explain that the Council of Europe, which always target Azerbaijan and Turkey, ignores Armenia’s obvious violation of its international obligations?

In fact, Armenia egregiously keeps carrying out politically motivated persecutions. Suffice to give a few examples to understand the ongoing internal political conflicts, persecutions and lawless actions in Armenia.

For example, reports on the arrests of opposition activities recently surfaced in Armenia. On January 28, four Armenian opposition leaders – the founders of Adekvad (Adequate) party Artur Danielyan and Konstantin Ter-Nakalyan, as well as Grigor Minasyan and Azat Adamyan, were detained by police.

According to Armenian bloggers, the police were aimed at getting access to personal correspondence of the detainees on their smartphones and seizing their mobiles devices with the purpose of downloading necessary applications to them. In addition, all these actions were allegedly carried out by Prime Minister Nikol Pashinyan’s personal order.

On the same day, the Armenian police detained another opposition blogger, founder of VETO movement Narek Malyan on suspicion of illegal possession of weapons.

Narek Malyan is one of those who oppose the activities of the Soros Foundation in Armenia. He is considered to be one of the founders of the Adekvad (Adequate) party opposing the Armenian government.

Surprisingly, both the U.S. Embassy in Armenia and European organizations turned a blind eye to this political scandal.  For some reasons, influential international organizations ignored a gross violation of human rights in this case.

All these cases are by no means the first and most likely recur in the political life of Armenia. However, the organizer and ideological author of this campaign is no different than “street democrat”. He recently promised that he will do his utmost to restore the “law and order” in Armenia.

The Armenian prime minister is misusing the “law and order” as a means of battling opponents. All this seems like an act of cheap revenge filmed in low-level television series.

After coming to power, the one, who has become a victim of political persecution in the recent past, is doing nothing to address the socio-economic and demographic crisis prevailing in the country. His activities focus on the persecution of its political rivals and the family members of oppositionists.

There is no need for further examples. Even a slight analysis of the Armenian press shows that “witch-hunting” is widespread in this country. It is interesting to see why the Council of Europe is ignoring and not responding to the facts of such biased political volunteerism.

The organization, allegedly based on the principles of democracy, equality and justice, ignores the fact of human rights violations in Armenia. But when it comes to Azerbaijan, such cases are exaggerated.

In the end, who will be a loser in this case - Azerbaijan or the Council of Europe?

The question, as they say, is of rhetorical nature.

Among the persons persecuted for political reasons in Armenia are former high-ranking officials, their close relatives, journalists, and representatives of non-governmental organizations.

For example, Armenia’s third President Serzh Sargsyan is accused of embezzling over a million USD, and his property was arrested in mid-December 2019.  In January 2020, Sargsyan faced another charge of embezzlement in the amount of over 489 million drams ($1.2 million).

Sargsyan’s brother Levon Sargsyan is charged with illegal fund possession and tax evasion. Armenia’s law enforcement bodies have already issued an arrest warrant for Levon Sargsyan. The former president’s nephew Narek Sargsyan, who was extradited to Armenia from the Czech Republic, is charged with illegal acquisition and possession of weapons, arms, explosives, as well as illegal drug circulation.

Moreover, Sargsyan’s other brother Alexander Sargsyan faced a charge of illegally possessing firearms in June 2018. His property was arrested by the Armenian National Security Service in July 2018. He was given time to return $30 million to the state budget. However, Alexander Sargsyan transferred only $19.6 million to the state budget in February 2019.

In July 2018, Alexander Sargsyan’s son Hayk Sargsyan was sentenced to two-month pretrial detention on charges of attempted murder. In September 2018, he was released on bail in the amount of 50 million drams.

Armenia’s second president Robert Kocharyan also became the target of the current government. It should be noted that some 10 people were killed during a rally organized by the supporters of first president Levon Ter-Petrosyan after the elections held on March 1, 2008.

In December 2018, then president Kocharyan was arrested on charges of disrupting protests and overthrowing the constitutional order. In February 2019, Kocharyan faced a charge of taking bribe in the amount of 927 million drams (approximately $3 million).

On February 6, 2020, the Armenian parliament approved a bill on amending the Constitution by a majority vote of deputies from the ruling party.

Levon Sargsyan, a member of the Republican Party and a former deputy (1999-2007), faced charges on articles 175.1-2-3 (causing serious bodily injury) and 223.3 (creating and participating in a criminal group) of the Armenian Criminal Code. In November 2019, he was jailed for 40 days in Russia. The former deputy is likely to be extradited to Armenia.

The former head of the Office of the Armenian Parliament, Arsen Babayan, was detained on 21 October 2019 on suspicion of attempting to seize power. Armenia’s law enforcement bodies continue the investigation into the criminal case involving Arsen Babayan and former parliament speaker Ara Babloyan.

Samvel Uzumyan, a judge who investigated the 27 October 1999 armed attack on the Armenian parliament, left the country. Uzumyan was placed on Interpol’s wanted list on charges of taking a bribe in the amount of $51,000.

Norayr Panosyan, former department head at the Justice Ministry, was arrested in October 2019 on charges of abuse of power.

David Sanasaryan, former head of Armenia’s State Inspection Service and one of the active participants of the “velvet” revolution is accused of abuse of power.

Gevorg Kostanyan, the former Armenian prosecutor general, is charged with falsifying official documents on the events of March 1, 2008. Kostanyan is currently in Russia. Armenia is in talks with the Russian side for Konstanyan’s extradition.

In January 2020, Georgi Kutoyan, former head of Armenia’s National Security, was found dead in an apartment in Yerevan.

Former defence minister Mikael Harutyunyan is accused of attempting to overthrow the constitutional order in the country on March 1, 2008. He was declared internationally wanted. Harutyunyan is a Russian citizen, and according to some media reports, the international arrest warrant against him was lifted.

On June 18, 2018, Manvel Grigoryan, ex-PM, former deputy defence minister, was detained on suspicion of illegal possession, storage and transportation of weapons, ammunition and explosives. On January 16, 2020, Grigoryan was released from prison due to health problems.

Manvel Grigoryan’s other son Karen Grigoryan, who was a mayor of Etchmiadzin, is accused of embezzlement by abuse of power in 2015-2018. He is also charged with taking bribery with the purpose of employing his father’s bodyguard.

Grigoryan’s other son, Ara Grigoryan, was summoned by police for firing a gas pistol during an incident on Yerevan-Armavir road on September 4, 2019. He faces a charge for fraud.

Armenia’s former defence minister Seyran Ohanyan is accused of attempting to overthrow the constitutional order during the events of March 1, 2008.

On July 26, 2018, Yuri Khachaturov, former secretary-general of the Collective Security Treaty Organization (CSTO) and former chief of the General Staff of the Armenian Armed Forces, was charged with attempting to overthrow the constitutional order.

Vaughn Arutyunyan, former head of the group investigating the events of March 1, 2008, is charged with Part 2 of Article 308 (abuse of power, causing serious consequences, negligence) and Article 309 (violence, abuse of power by a weapon or special means) of the Criminal Code of Armenia.

The former deputy police chief, Levon Eronesyan, is accused of abuse of power for the violent breakup of several protests.

The Yerevan-based Haeli press club was attacked by a group of young persons in October 2019 for the headline of an article about President Ilham Aliyev’s speech at a plenary session of the Valdai International Discussion Club in Russia.

Armen Tavadyan, the owner of the 5th TV Channel, is accused of bribing witnesses in connection with the events of March 1, 2008. His property was arrested. The channel executive director, Harutyun Harutyunyan, called Tavadyan’s arrest political repression.

On December 29, 2019, Satik Seyranyan, chairman of the Union of Journalists of Armenia and editor of 168.am news site, was detained by the National Security Service on charges of disseminating information aimed at undermining Pashinyan’s reputation.

Mher Yeghiazaryan, editor-in-chief of Haynews.am news site, who had been on hunger strike, died in hospital on January 26, 2019.

For some reason, some “democrats” representing the Council of Europe turn a blind eye to the facts of human rights abuses in Armenia.