Ilham Aliyev: "Situation in the world and in our region is changing" 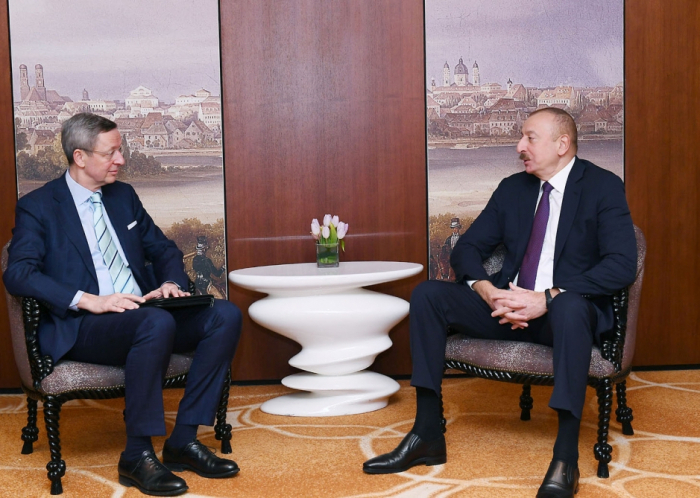 President of the Republic of Azerbaijan Ilham Aliyev is on a working visit to  Germany to attend the 56th Munich Security Conference.

On the sidelines of the Munich Security Conference, President Ilham Aliyev met with the Executive Director of the German East Business Association Michael Harms and the head of the association's working group for the South Caucasus, the chief executive officer of Veridos GmbH Andreas Raschmeier

Expressing his satisfaction on the meeting with the President of the Republic of Azerbaijan, Michael Harms said that Azerbaijani President's comments and remarks on the regional and the international situation, including the bilateral relations have always made a positive impression on him.

"We highly appreciate your meeting with the representatives of our association. Mr. Raschmeier is the South Caucasus spokesman in our association and I am the Chief Executive Officer."