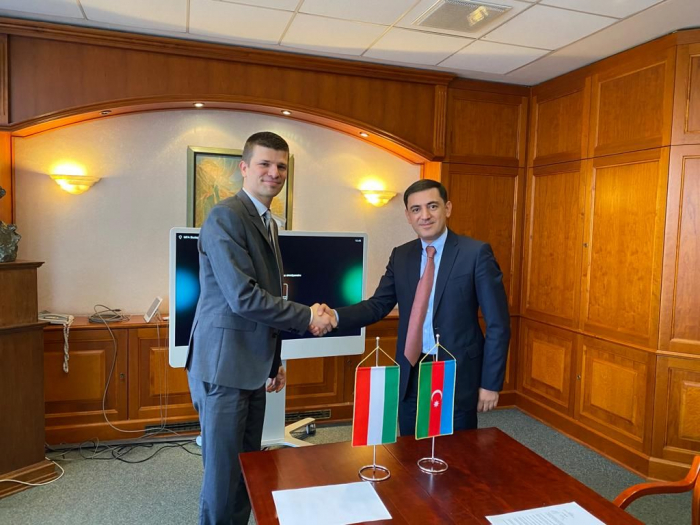 The first meeting of the working group on the energy between the governments of Azerbaijan and Hungary has been held in Budapest, Azerbaijan’s Energy Ministry reported.

Speaking at the meeting, chairman of the working group from Azerbaijan, Head of the office of the Energy Ministry Zaur Mammadov shared his views on the current state and prospects of energy cooperation between Azerbaijan and Hungary.

“The working group on energy will contribute to the further expansion of this cooperation,” reads the report. “Zaur Mammadov noted the importance of studying the experience of Hungary in the field of geothermal energy and conducting joint activities.”

Head of the working group from Hungary, Ambassador-at-large for energy security Pal Sagvari highly appreciated the leading role of Azerbaijan in the successful implementation of the Southern Gas Corridor project. Sagvari expressed his country’s interest in developing energy cooperation with Azerbaijan.

“The parties emphasized the importance of organizing energy events between the two countries, sharing experience and investing in energy, expanding cooperation in marketing and trade, including the introduction of new technologies to the energy sector and the supply of crude oil and oil products,” the report said.

“Azerbaijan and Hungary agreed to cooperate in the study of renewable sources of energy and energy efficiency, as well as explore opportunities for cooperation in the field of transportation and distribution of natural gas in the future,” the report said. “The sides expressed support for the development of strategic partnership between Azerbaijan’s state oil company SOCAR and Hungary’s MOL Group.”