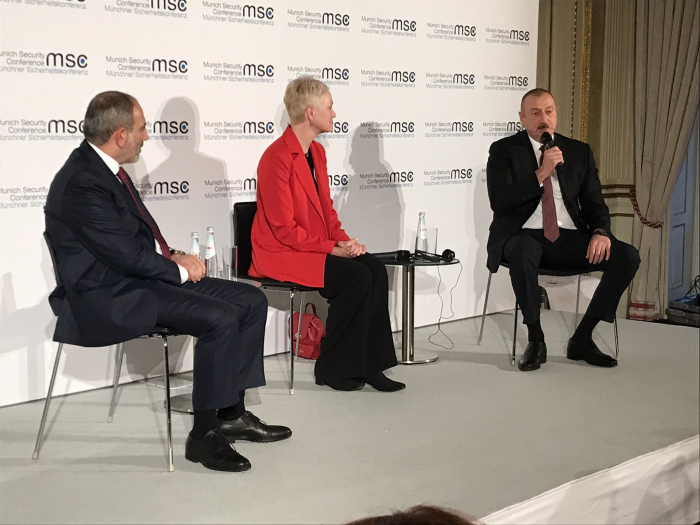 This was stated by the President of the Republic of Azerbaijan, Ilham Aliyev, during a panel discussion on the Armenian-Azerbaijani Nagorno-Karabakh conflict within the Munich Security Conference, Head of Foreign Policy Affairs Department of the Presidential Administration Hikmet Hajiyev wrote on his Twitter account.