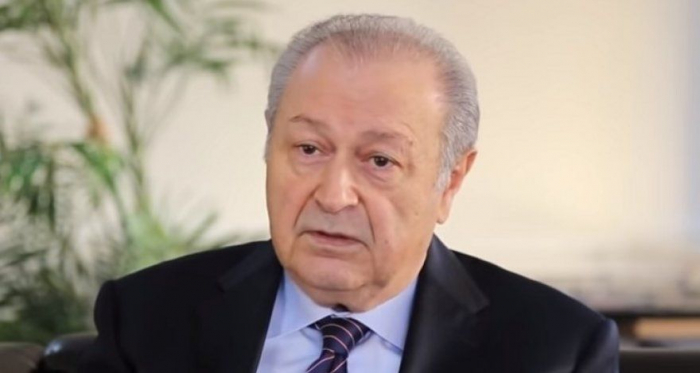 "A statement by the Prime Minister of Armenia, Nikol Pashinyan, in which he claims that I spoke about the involvement of Azerbaijanis in the Khojaly genocide is absurd", ex-President of Azerbaijan Ayaz Mutallibov said this in an interview with Trend.

"His words have no real basis. In an interview with a Russian newspaper regarding the events in Khojaly, I said that there was an unconditional Armenian trace there. I also noted that Armenia tried to further destabilize the situation in Azerbaijan. The opposition was also interested in undermining the situation in the country. However, regarding that interview, I repeatedly spoke about this: I did not use the phrase that the Azerbaijanis committed the Khojaly genocide, this is ridiculous, " Mutallibov said.

Ayaz Mutallibov added that the position of the "Argumenty i Fakty" newspaper itself, to which Pashinyan referred to an interview in Munich, is not different from Armenia's position.

“This question was originally formulated in such a way as to “tie me up ”on this topic. But I didn’t have time to argue on this interview - the situation in the republic was so difficult that it was not simple before. But I repeated several times and directly answered: I never said that the Azerbaijanis did it and the Armenians refer to this interview only in order to vindicate themselves somehow, "Ayaz Mutallibov emphasized.