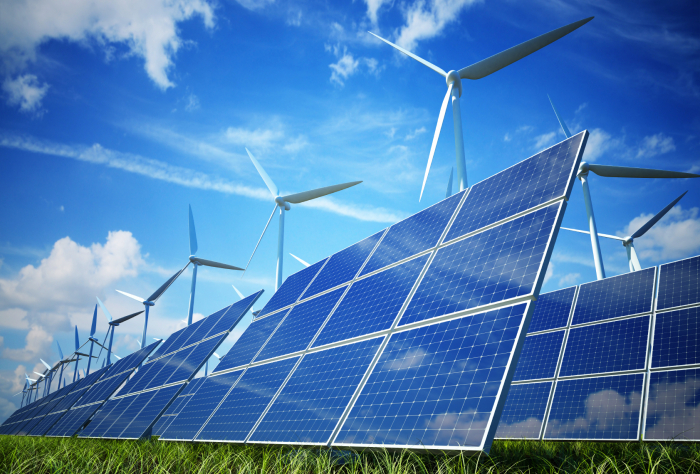 Azerbaijan aims at increasing the share of wind, sun and bio-resources in the production of electricity from alternative and renewable energy sources, Deputy Minister of Energy of Azerbaijan Elnur Soltanov told reporters.

At present, the share of renewable energy sources including large water power plants is 17 percent in the total capacity of the country's electricity system, Soltanov said.

“In 2019, about 7.3 percent of electricity was generated from renewable energy sources. About 93 percent of the electricity we produce comes from natural gas. Unlike many European countries, we do not use coal at all,” the deputy minister said.

The deputy minister noted that the main volume of the share of renewable energy sources accounted for hydroelectric power plants, which reached about 1276 megawatts, and only 141 megawatts were generated by such sources as wind, sun and bio-resources.

Soltanov also said that the main objective is to increase the share of energy received from wind, solar and bio-resources in the total capacity of renewable sources, adding that an important goal is to bring the share of renewable energy sources to 30 percent of the country's total electric power system by 2030.

“The first successful step in this direction is the implementation of wind and solar energy projects with a capacity of 440 megawatts with Saudi Arabian companies ACWA Power and the UAE Masdar companies. These projects not only reflect the current need in the country, but also do not provide for any government subsidies,” the deputy minister said.