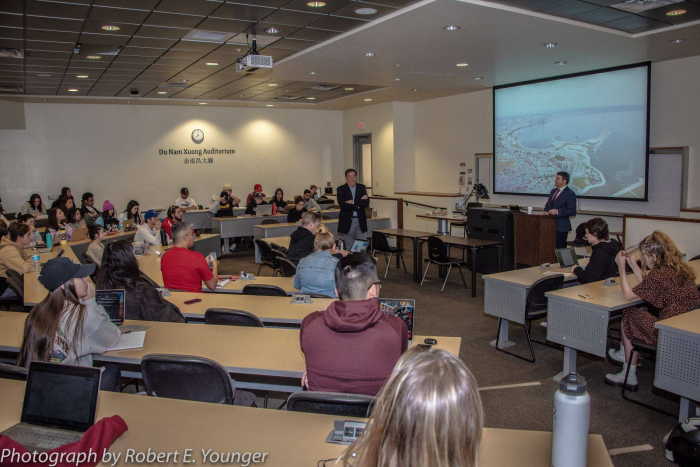 A lecture dedicated to Azerbaijan was held at the San Diego State University (SDSU) in California. Founded in 1897, SDSU is one of the oldest universities in California, and has over 35,000 students.

Consul General Aghayev informed the SDSU students about Azerbaijan’s ancient history, rich cultural heritage and its geostrategic location, as well as its steady development and modernization as an independent nation since the collapse of the Soviet Union in 1991. Consul General Aghayev also spoke about the history of Azerbaijan’s oil industry and noted that oil had always played a very significant role in social, economic and political life of Azerbaijan since the 19th century. He stressed that Azerbaijan has become the largest economy in the region, with one of the most competitive economies in the world, implementing energy and transportation projects of global importance and vastly contributing to the energy security of European nations.

Highlighting Azerbaijan’s long-standing traditions of interfaith acceptance and positive multiculturalism, Consul General said that the principle of interfaith tolerance and harmony has always been an important part of Azerbaijani culture. He underlined that in Azerbaijan all Muslims, Jews, Christians, Baha’is and others have the full freedom of religion, and they practice their faith freely and live in harmony with representatives of other religions.

Furthermore, Consul General Aghayev spoke on the illegal military occupation and ethnic cleansing of Azerbaijan’s Karabakh region by neighboring Armenia. Highlighting the history of the conflict, Aghayev mentioned that as a result of this military occupation of around 20 percent of Azerbaijan’s sovereign territory, over 800,000 Azerbaijani civilians were expelled from the Nagorno-Karabakh region and seven surrounding districts of Azerbaijan. Aghayev noted that Armenia refuses to this day to fulfill the four United Nations Security Council resolutions condemning the occupation.

Following the lecture, the Consul General responded to numerous questions from the students. 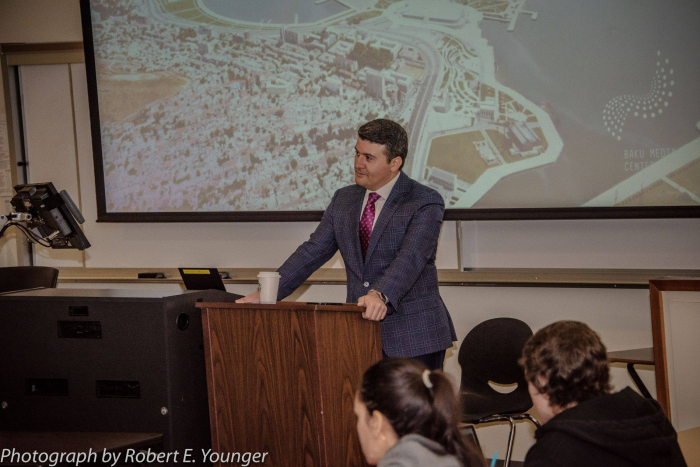 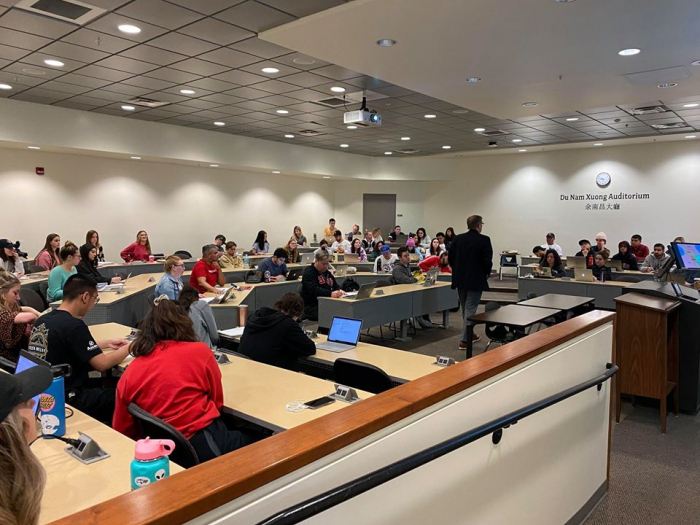