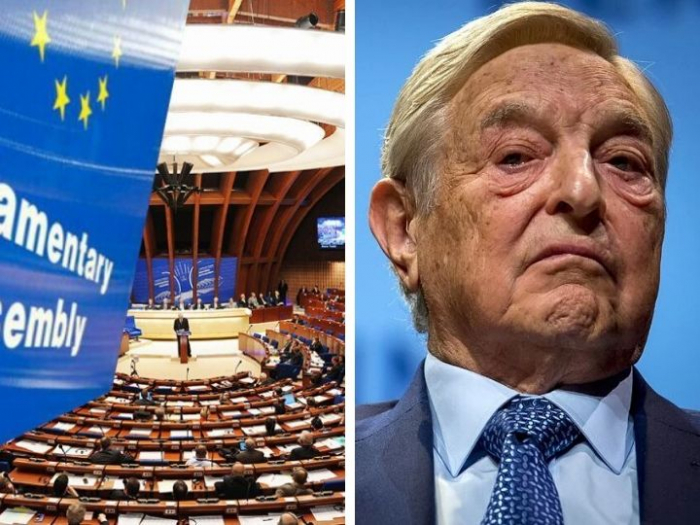 The Parliamentary Assembly of the Council of Europe (PACE) has for many years been maintaining its status as an organization that keeps demonstrating a biased, unfair and double-standard approach.

This status made the organization become a tool in the hands of lobbying groups and unscrupulous circles that chose Azerbaijan and Turkey as the targets of their own selfish interests and dirty political games.

The head of state stressed that the organization has targeted Azerbaijan for over the course of 20 years.

“Its decisions are absolutely irrelevant to us. The latest resolution adopted in connection with Azerbaijan has no meaning for us; it has no more value than a piece of paper. We do not accept any of the far-fetched accusations contained in it and will not fulfil any of their “requirements”,” President Aliyev said.

The Assembly, as a rule, makes a decision on Azerbaijan by referring to false information, without regard to the nature of the matter under consideration, and this can be called nothing more than political hypocrisy.

What’s the most interesting is that PACE refers to the term “political prisoners” only in regard to Azerbaijan. 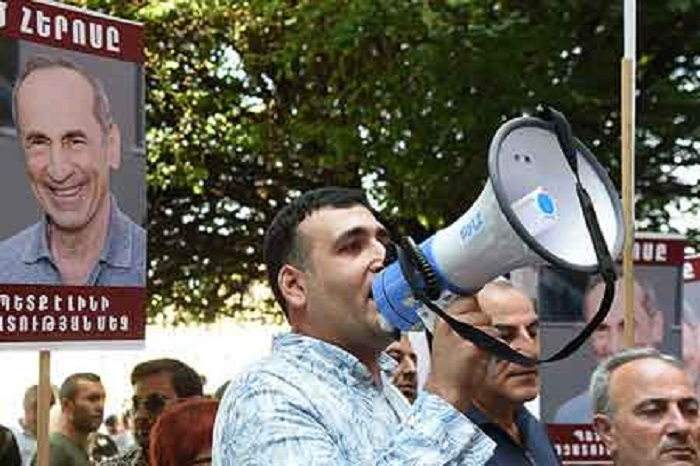 In 2008-2009, PACE adopted three resolutions demanding an investigation into political deaths and the release of those arrested in Armenia on “politically motivated charges.” However, despite numerous politically motivated arrests and prosecutions in Armenia, the organization did not raise this issue again, avoiding the use of the expression “political prisoner” in relation to this country.

Although there is clear evidence of the arrests of "Adekvad" activists in Yerevan, PACE still refuses to pay attention to the politically motivated arrests in this country. 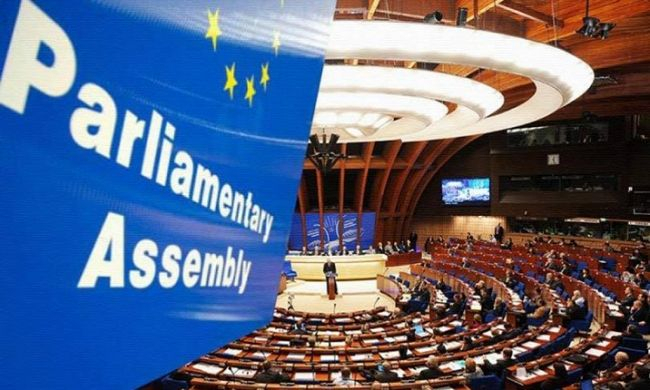 This organization keeps manipulating the issue of “political prisoners” to put pressure on Azerbaijan and, as it turns out, does not intend to abandon its stance.

All this necessitates thinking seriously about the long-running activities of the anti-Azerbaijani network in PACE.

All of this makes us think seriously about the long-running activities of the anti-Azerbaijani network in PACE, namely the European Strategic Intelligence and Security Center (ESISC) based in Brussels.

Launched in 2002, ESISC presents itself as a serious think tank dealing with issues related to terrorism and security. In March 2017, the think tank released a detailed report titled “THE ARMENIAN CONNECTION: HOW A SECRET CAUCUS OF MPs AND NGOs, SINCE 2012, CREATED A NETWORK WITHIN THE PARLIAMENTARY ASSEMBLY OF THE COUNCIL OF EUROPE TO HIDE VIOLATIONS OF INTERNATIONAL LAW.”

The document notes that the untruthful attacks are the tool of a hidden political agenda – to defend Armenia’s illegal occupation of Nagorno-Karabakh and to place the control of all Council of Europe activities in central and eastern Europe in the hands of a small clique that, despite appearances, hides its private interests behind the purview of the “defense of human rights.”
Thus, in 2012, anti-Azerbaijani and pro-Armenian politicians started developing a single lobby network that extended its some elements beyond the Council of Europe.

As a minimum program, this “spider web” was aimed at multiplying defamatory attacks and slander to destabilize Azerbaijan, and dissimulating the occupation of Azerbaijani territories by Armenia.

The report highlights a serious threat posed by a group of lawmakers and NGOs, which is unacceptable to the Council of Europe: Having followed the lobbying network’s links, the authors of the report found out that the politicians and NGOs involved in the anti-Azerbaijani campaign are directly or indirectly associated with American financier George Soros and his institutions.

Let’s pay attention to one of the biggest links of this network – the European Stability Initiative non-governmental organization that became known for its anti-Azerbaijani report, entitled “Caviar Diplomacy.”

Gerald Knaus, founder of the European Stability Initiative and a former PACE member, is known as Armenia’s great friend. Knaus is actually influenced by the Armenian lobby, hiding behind “loud statements” about democracy and human rights. He also enjoys close collaboration with Christophe Strässer.

MP Strässer believes his main task is to support and promote anti-Azerbaijani resolutions in PACE, especially regarding “political prisoners”. He, whenever possible, was calling for a boycott the 2012 Eurovision Song Contest in Baku under the pretext of alleges human rights abuses in Azerbaijan. Strässer’s meaningless attempts failed, Azerbaijan succeeded in well-organizing the contest. He was the only official from Germany to attend an event dedicated to the centenary of the so-called “Armenian genocide” in Yerevan in April 2015. 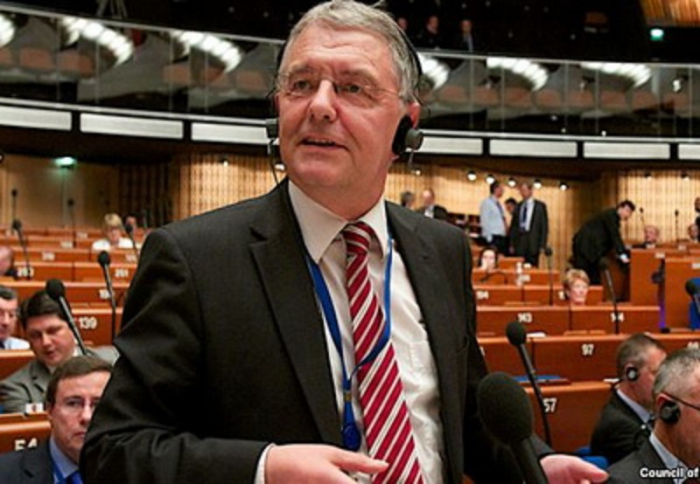 Dutch MP Pieter Omtzigt and his German colleague Frank Schwabe have also known their anti-Azerbaijani activities in PACE. Both were closely associated with Armenia’s political elite. At one time, they were defending Armenia’s interests both in PACE and beyond. 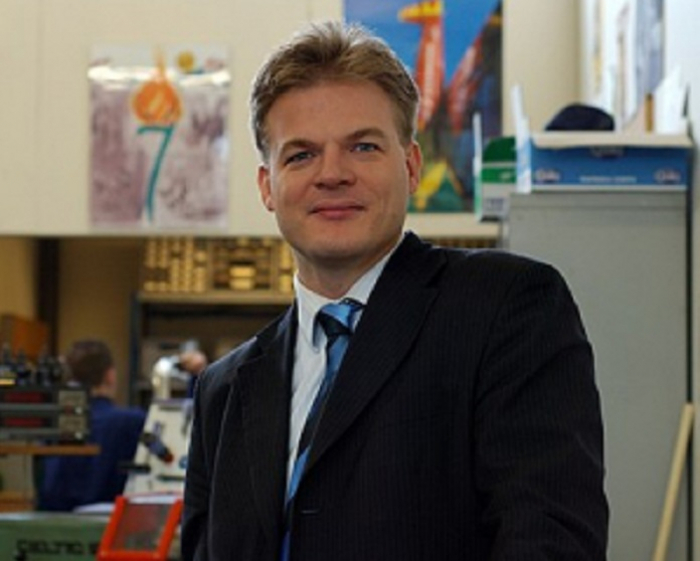 Frank Schwabe did his utmost to achieve the recognition of the so-called “Armenian genocide” by the Bundestag. 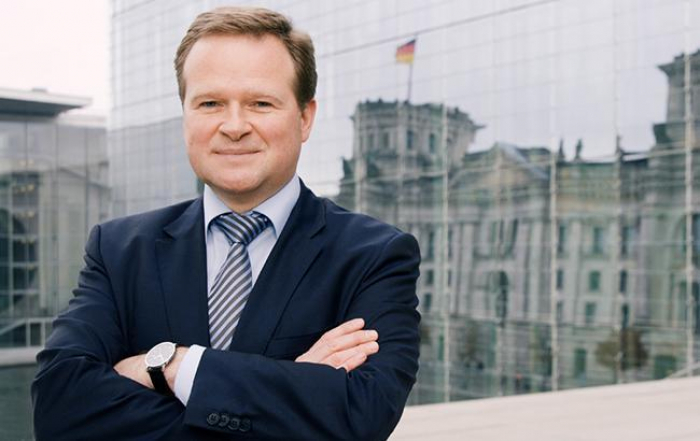 Another moment in the secret anti-Azerbaijani network is noteworthy:

The PACE has accepted the “political prisoner” criterion since 2012, October, but before that, it has been more than 12 years that all claims and resolutions related to this issue have been applied to Azerbaijan. At the same time, no serious steps have been taken in Armenia or any other countries regarding the documents about “political prisoners” submitted to the PACE.

In 2009, the PACE Committee on Legal Affairs decided to define the term "political prisoner". It was entrusted to K. Strasser to work on it. At the same year, he was appointed as a rapporteur on monitoring the so-called “political prisoner” situation in Azerbaijan. Apart from the fact that how this approach was unethical - in any case, a decision has been made.

As we expected, Strasser prepared quite a biased report to be presented at PACE meetings in October 2012 and January 2013. On January 2013, a majority of voters rejected the document. The anti-Azerbaijan forces could not stand this failure; they did all their best to bring it up again. Consequently, in 2014, the Committee on Legal Affairs has begun to prepare a report titled "Azerbaijan's Chairmanship in the Council of Europe: what follow-up on respect for human rights?”

However, they were again on the wrong track – rapporteur Alain Destexhe took an honest, independent and principal stand on this issue. Therefore, anti-Azerbaijan forces did its best to make him resign.
After being sure that it was impossible to achieve what they wanted through the democratic vote, the enemies of Azerbaijan chose a new tactic - to slander and punish PACE members, who have demonstrated an impartial and independent position towards Azerbaijan. Thus, with the assistance of the PACE secretariat, the MPs who voted against Strasser's report were accused of having "corrupt relations" with Azerbaijan. 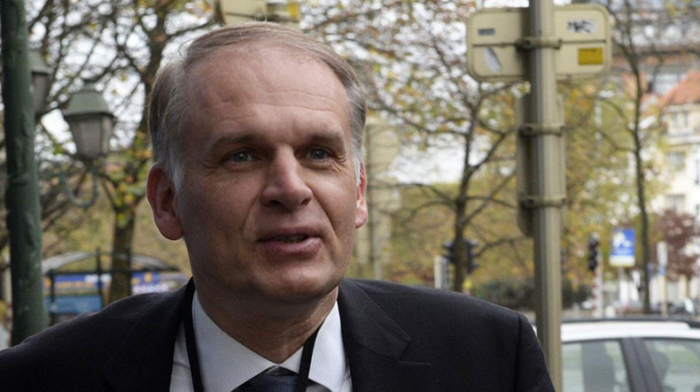 The European Stability Initiative, led by the Gerald Knaus, has made several reports on the corruption problem in the PACE. As a result, the issue of establishing an organization investigating corruption allegations was included in the agenda. In fact, all these were aimed to reconsider the anti-Azerbaijan report prepared by Strasser. Besides, the investigating body admitted in its report that there was no evidence on interference during the voting process of Strasser’s report and that there was no impact on the outcome of the vote.

However, Pieter Omtzigt, a Dutch MP again submitted a draft resolution on the preparation of a report on "political prisoners" in Azerbaijan to PACE, which clearly proved his biased stance against our country.

By the way, in the final report of the PACE Investigation Body, the European Stability Initiative is presented as the same international NGO associated with Soros Foundation. However, this organization have been registered in the European Parliament as a lobbying organization. The NGO received hundreds of thousands of dollars from Soros Foundation in 2012-2018, especially during its work in the Council of Europe, which included the preparation of anti-Azerbaijani reports.

Now let's take a look at the members of the pro-Armenian network in PACE, who are mainly remembered for their anti-Azerbaijan and anti-Turk stance.

The names of François Rochebloine, head of the “France-Karabakh” Friendship Circle and René Rouquet, the President of the French-Armenian friendship socialist parliamentary group should be mentioned firstly.

François Rochebloine became “popular” not only with his illegal visits to Armenian-occupied Nagorno Karabakh region of Azerbaijan and his inclusion to the “blacklist” of the Ministry of Foreign Affairs of Azerbaijan in 2015 but also with the organization of French politicians’ visit to the occupied territories. 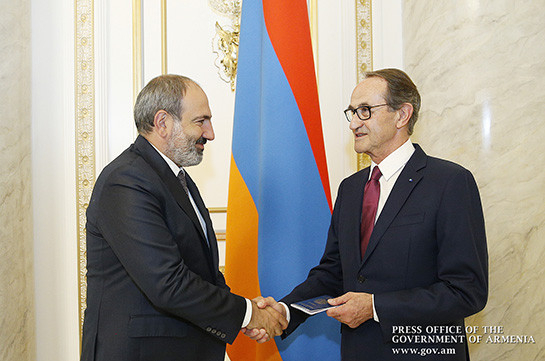 He is also known for his statement on the need to open airspace over the occupied Nagorno-Karabakh region of Azerbaijan. Speaking of the ‘Friendship Circle’ led by him, it is necessary to note that the organization called Paris to ‘direct and constructive dialogue’ with the separatist regime.

Earlier in 2016, François Rochebloine swore in an oath that he would always represent the interests of Karabakh in France.

Another victim of Cognac Diplomacy René Rouquet was included in the list of ‘undesirable people’ of the Azerbaijani Foreign Ministry in 2010 for similar remarks and illegal visits. Rouqet actively promoted the recognition of the occupied territories of Azerbaijan as "Armenian territory" and "independent country" in European institutions. The scandalous decision on cancelling the PACE Bureau and Committee meetings in Baku in 2014 is linked to this person. No more Assembly committee meetings were held in Azerbaijan for two years, as of 1 June 2014.

Note, Azerbaijan refused to issue entry visa to Rene Rouquet because he made illegal visits to the occupied territories of Azerbaijan and blacklisted by the Ministry of Foreign Affairs of Azerbaijan.

At the same time, the PACE Bureau ‘stood up’ to defend Rouqet stating that this is the violation of the European law. PACE decided to turn blind eye to his illegal visits and statements that support the occupation of Azerbaijani territories and are inconsistent with international law.

Since François Rochebloine and Rene Roquet ‘served honestly’ to Armenia. Both of them were given the Armenian passports by the Armenian PM Nikol Pashinyan. 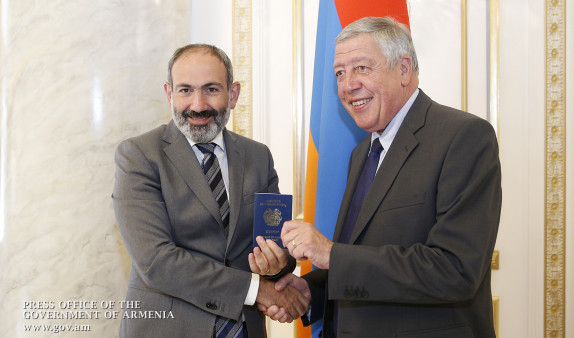 The journalist's investigation on the activities of the secret anti-Azerbaijani network funded by Soros in PACE should not forget to mention one of the key figures - Nils Muiznieks, Council of Europe's Commissioner for Human Rights during 2012-2018. According to the same report, during his period several members of the Assembly, as well as NGOs associated with the Soros Foundation, have organized a number of events to support Armenia's interests in PACE plenary sessions. 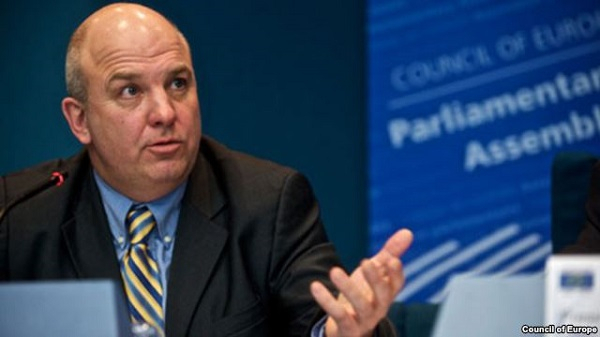 At these events, Soros's aides began to set a ‘rating’ for the members of the Council of Europe. Of course, the first blow was Azerbaijan and Turkey. However, Armenia was presented as a ‘model country’. Such actions are not only contrary to the PACE deputy ethics code, but also a direct violation of international law. Therefore, the ESISC report titled as ‘Armenian connection’ highlights four resolutions UN Security Council on the Nagorno-Karabakh conflict.

It seems, PACE has established a secret network that operates under the Soros Foundation since 2012 and fulfilling its commands for the political interests of Armenia and the world Armenians at the Council of Europe and its structures.

This choice, as well as unfair and biased approach, resulted in ‘the loss of the image’ of one of the oldest and biggest international organizations.