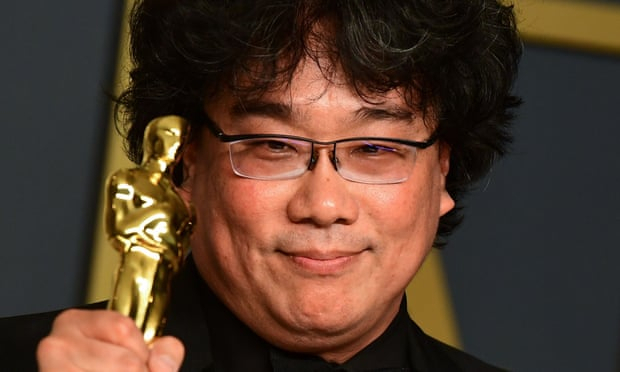 Donald Trump has taken a jab at the Oscars for awarding this year’s best picture honor to Parasite, because the film is South Korean.

“How bad were the Academy Awards this year?” Trump asked a rally in Colorado Springs, Colorado. The crowd responded with loud boos.

“The winner is a movie from South Korea, what the hell was that all about?” Trump asked. “We got enough problems with South Korea with trade and on top of it, they give them the best movie of the year.”

“Was it good? I don’t know. I’m looking for, like – can we get like Gone With The Wind back, please?” Trump said, to loud cheers.

Gone With the Wind, which tells the story of the daughter of a Georgia plantation owner during and after the Civil War, has long been criticized for its depiction of relationships between black slaves and their white masters. The novel from which the film is adapted described the Ku Klux Klan as a “tragic necessity” and made such free use of derogatory slurs for black people that the NAACP got involved with the production of the movie. The producers deleted the racial epithets after the black actors in the film – Hattie McDaniel made history as the first black person to win an Oscar for her role – complained.

When Parasite won the Golden Globe for best foreign-language film, its director, Bong Joon-ho, said: “Once you overcome the one-inch tall barrier of subtitles, you will be introduced to so many more amazing films.

“I think we use only one language: the cinema,” he added.

Neon, the studio that produced Parasite, responded to Trump’s dig on Twitter with a dig of its own: “Understandable, he can’t read.”