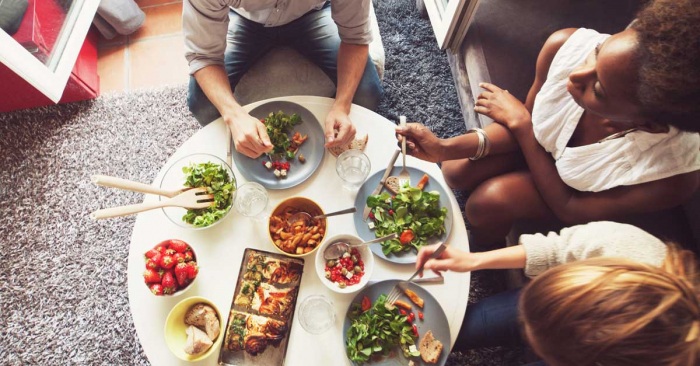 When women hold two incompatible beliefs, they’re more likely to change their behaviour to reconcile them. Men, by comparison, tend to dig themselves in.

“Manly man,” the narrator observes, as a groom emerges from a house, carrying his bride. “Calm,” he marvels, as a man in a packed train carriage smiles tolerantly at the lady who just stepped on his foot. And on it goes… a sequence of scenes depicting men carrying out impressively gallant feats, as an orchestral soundtrack rises to a crescendo. At the end of the advert, a man bites into a burger. The tagline reads: “100% manly man. 100% pure beef”.

This McDonald’s advert, broadcast in China in 2012, relies on the well-trodden stereotype that meat is masculine. And oddly, there is actually some truth to this. It turns out that – in almost every part of the globe, from Sweden to Australia – there are significantly fewer male vegans and vegetarians. In the US, one survey of 11,000 people found that just 24% of vegans are men.

Meanwhile, the cast of male celebrity vegans appears tiny in comparison, though it does feature Benedict Cumberbatch, Peter Dinklage, Zac Efron, and – notoriously – the singer Morrissey, who masterminded a Smiths album called Meat Is Murder and is said to have forbidden his band members from being photographed eating meat.

As it happens, psychologists have been aware of the mysterious abundance of female vegans for decades. They’ve come up with plenty of compelling explanations already – and they don’t reflect well on men.

One possibility involves “precarious masculinity” – the idea that men are constantly worrying they will lose their manly status, and therefore feel the need to prove it at every opportunity. For example, when men are forced to do something “girly”, like braiding a doll’s hair, they tend to want to exhibit their machismo afterwards. 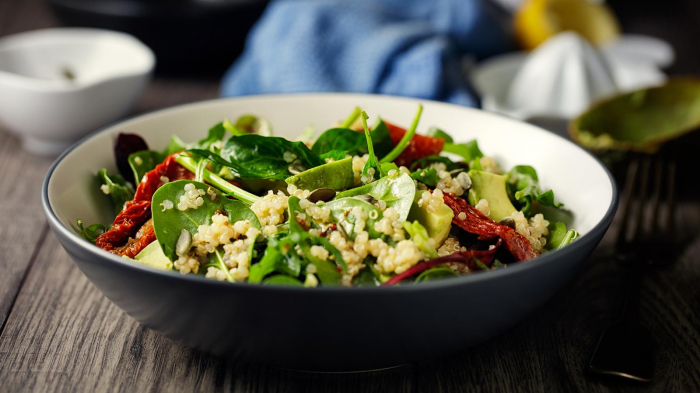 The concept of "precarious masculinity" may be why men feel sensitive about eating feminine foods such as salad (Credit: Getty Images)

This could potentially be a major stumbling block for aspiring male vegans, who must run the gauntlet of the red-blooded carnivore stereotype. But where did this come from in the first place?

Steven Heine, a psychologist at the University of British Columbia, suggests that it’s largely down to historical factors. “Meat has always been associated with danger, because you used to have to hunt to get it, and status, because it was a prized food and we lived in patriarchal societies – so men arranged that it would go to themselves,” he says.

It’s also thought to have been perpetuated by marketing. Starting in the 19th Century, when it became more socially acceptable for parties of women to dine alone, restaurants and advertising executives scrambled to decide which foods were suitably feminine. Their verdict? Fussy desserts and dainty salads were for women, while steak was for men.

Fast-forward to today, and we’re still passing these views on to the next generation.

Take “soy boys”. The Urban Dictionary defines the slang term as applying to “males who completely and utterly lack all necessary masculine qualities,” and claims it originates from the (scientifically dubious) link between the over-consumption of soya products and harm to the male physique and libido.

In his research, Heine has found that merely listing the vegetarian foods a person enjoys, below a detailed description of their personality and habits, can be enough to make them seem less masculine. Knowing that, “perhaps some men are concerned about what will happen if they order a salad at a restaurant,” he says. 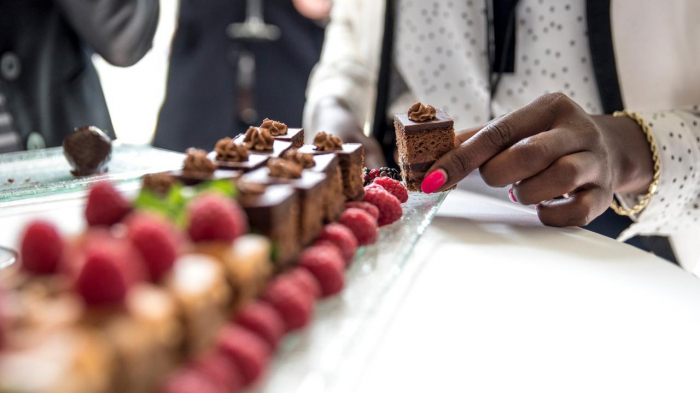 Margaret Thomas, a psychologist at Earlham College, Indiana, agrees. “I don’t think people necessarily recognise the extent to which the food they choose to eat affects their identity,” she says. Thomas has also found that vegans are seen as less masculine – but only if it’s a choice. When her study participants were told that a person had been forced into the diet because of mysterious “digestive issues”, they weren’t judged so harshly.

Of course, the story of why there are more women vegans isn’t all about men. Research has consistently shown that women are more compassionate in general, and particularly when it comes to animals. We’re more likely to have a problem with animal use in general and experimentation in particular, more likely to keep pets, and less likely to abuse them.

Likewise, women make up 75% of the members of animal rights groups. In fact, feminists and animal activists have been working together for more than a century. Two prominent campaigners for women’s suffrage, Alice Wright and Edith Good, lobbied the United Nations to give animals formal rights back in the 1940s – a proposition which is only just beginning to be considered today.

In 2018, the psychologist Carolyn Semmler set out to uncover if women are better at resolving the so-called “meat paradox” too. “There’s a lot of literature about this,” she says. “The idea that people claim to love animals – and yet they eat them.”

Together with colleagues from the University of Adelaide, Semmler recruited 460 people for the study, and split them into two groups. Both were asked to select a lamb dish that they would like to eat, and then provided with some information.

But while one half was merely asked to read about the nutritional content of their meal, the other was given a breakdown of exactly how lambs are reared and slaughtered, then shown a video of a precocious individual who had learnt to open a farm gate, all by him or herself. Each participant was surveyed at the beginning and the end of the study, to see how they felt and if their attitudes to meat had changed.

“We saw some really interesting things happen,” says Semmler. First of all, most women felt worse after reading about the connection between animals and meat, while the men were more or less unaffected. Second, while the women were generally less attached to meat by the end of the study, the men were more carnivorous than ever. 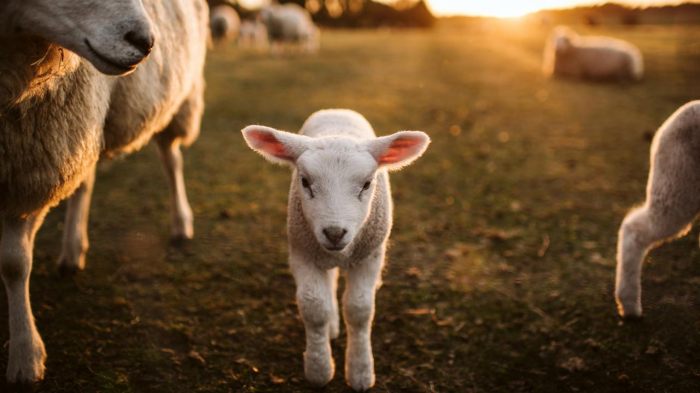 Women may be better at solving the "meat paradox" - where we are able to care about animals but also be fine with eating them (Credit: Getty Images)

“There was a group of male participants who had a really strong reaction to the study – saying that they were going to eat more meat, because they thought we wanted them to eat less.” One explained: “…Based on the line of questioning in this survey, I am concerned that some lunatics might try to ban meat; I had better enjoy as much as possible while I am able.” Though not all the men felt this way, a significant proportion did. The team didn’t get the same response from a single woman.

One possible reason for this is the discrepancy in the ways men and women deal with the meat paradox. A 2013 study, led by Hank Rothgerber from Bellarmine University, Kentucky, found that women are more likely to use “avoidance” strategies to cope, such as avoiding connecting meat with animals.

This is surprisingly easy to implement in everyday life, since most supermarkets, restaurants and food brands tend to helpfully remove the more gruesome clues, such as eyeballs, feet and fur. If animals are depicted in their marketing, they’re usually happy cartoons. Even the language we use helps to keep up the ruse, since we usually to refer to pork instead of pig, mutton instead of sheep, beef instead of cow, etc.

Semmler thinks we need a lot more research before we can truly unravel the enigma of the women vegans.

In contrast to the “dissociation” strategy favoured by women, Semmler’s study found that men generally to tackle the troubling reality that they like animals and also eat them more directly, by denying that they can feel pain, suggesting that meat is essential if you want to be healthy, and invoking the hierarchy of the natural world, to justify the idea that humans can do what they like with other creatures.

With this in mind, it makes sense that the female participants would be more affected – since the information they were asked to read snatched their usual coping mechanism away from them. The men, meanwhile, simply pressed on with their usual justifications and dug themselves in.

But that might not be the only reason. Intriguingly, Semmler says her results fit nicely with what other research has shown about how men and women usually deal with any set of incompatible beliefs or behaviours. “While men tend to go on the attack, women tend to think ‘I’m going to modify my behaviour because the problem is with me – I’m going to accept responsibility for this’,” she says.

For example, when women are forced to confront the unhealthy reality of certain behaviours, such as smoking or sex without condoms – and then remember instances when they have engaged in these risks – in some cases, they change their attitudes and behaviour to a greater extent than men do. 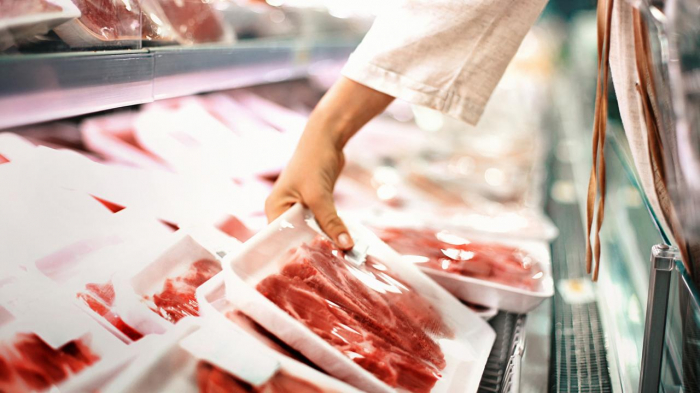 The meat found in supermarkets rarely resembles the animals it comes from, making it difficult to form its connection to living things (Credit: Getty Images)

Finally, there’s “social dominance theory”, which suggests that men might find meat more appealing when they’re reminded it’s made from animals, because it reinforces their sense of dominance and superiority – by viewing animals as unworthy of respect, they are asserting their power over them.

There is some evidence to support this idea. A survey of the attitudes of American college students, conducted in 2015, found a link between a preference for a more hierarchically stratified society and the use – and endorsement of the use of – animals.

The link between meat and dominance isn’t just about animals – it also seems to extend to our own species. One early study, conducted in the 1980s by the anthropologist Peggy Sanday, involved comparing the power structures of a hundred hunter-gatherer cultures, some of which relied more on meat for food, and some of which relied more on gathered fruits and vegetables. She found that the meat-based societies tended to be more patriarchal, while the plant-based ones were generally more egalitarian.

This is thought to be because men are more likely to be hunters, so where meat is important they automatically have more power if they want it – which the study findings suggest they do. Meanwhile, where gathered foods dominate, women might use the status this affords them to carve out more equal societies.

Semmler thinks we need a lot more research before we can truly unravel the enigma of the women vegans. But it looks like it’s down to a combination of the empathy gap between the sexes, our different strategies for overcoming the meat paradox, and the uniquely male fear that a salad could undermine their carefully manicured status.

One thing is clear: as the global popularity of veganism gathers pace – the number of US vegans increased by 600% between 2014 and 2017 – women are way ahead.