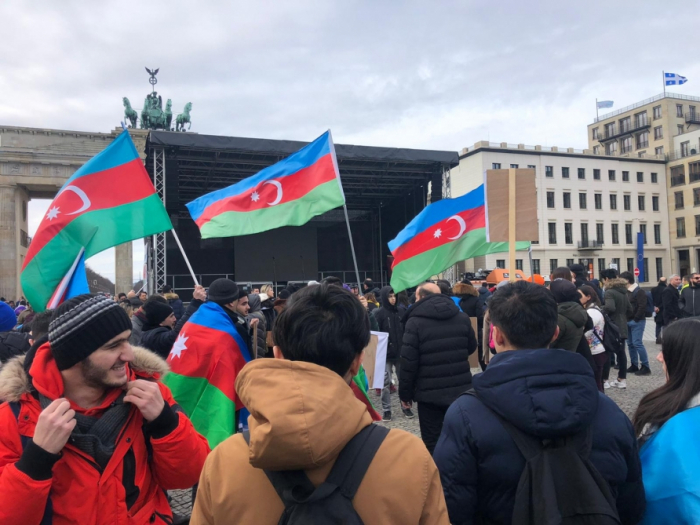 A EU-wide Karabakh Rally on the occasion of the 28th anniversary of Khojaly Massacre took place in Paris Square near Brandenburg Gate, Berlin, AzVision.az reports. 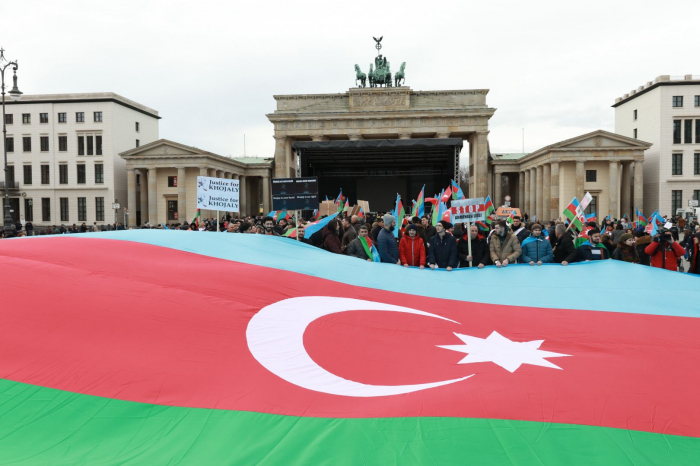 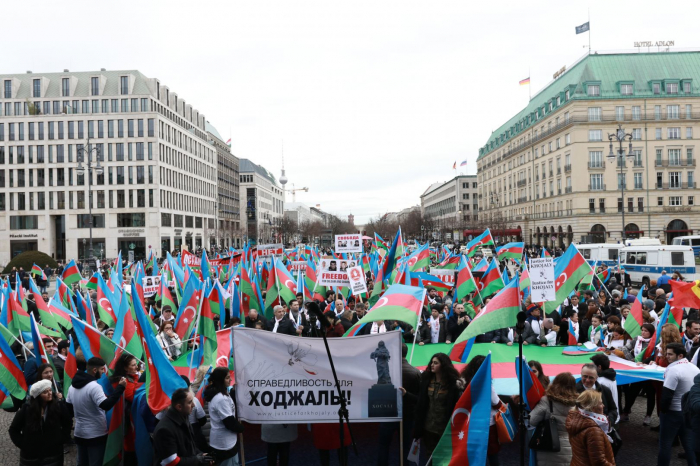 The participants of the rally, held on the eve of the 28th anniversary of Khojaly Massacre appealed to the international organizations with the slogans "Karabakh is Azerbaijan!", "We say no to terror!", "Azerbaijan demands justice!", "Don't be indifferent to Khojaly!", "Shame to the murders of the civils and innocent people!", "Armenia stop lying!", "Stop invasion!", etc. 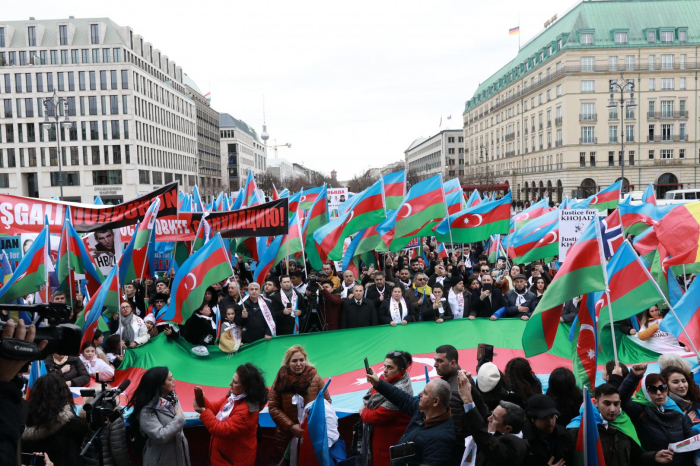 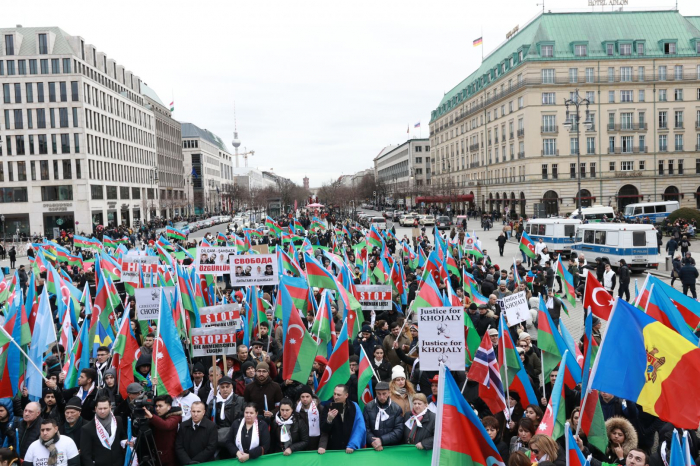 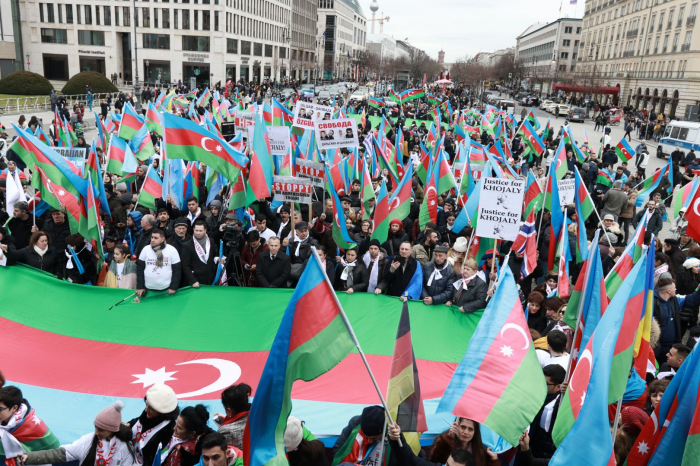 The rally participants demanded international community to give proper legal and political account of Khojaly Massacre perpetrated by the Armenian invaders 28 years ago, put pressure on Armenia to return the Azerbaijani lands back, restore the rights of the Azerbaijanis deprived of their homeland, and make Armenia follow the decisions of the proper international documents adopted with regards to the conflict.

Brochures about Armenia-Azerbaijan Nagorno-Karabakh conflict, Khojaly Genocide, financial and moral losses of the Azerbaijani side as a result of the aggressive policy of Armenia, were distributed to the locals and tourists of Berlin.

It is planned that at the end of the rally, the diaspora representatives adopted a document and address it to several international organizations.