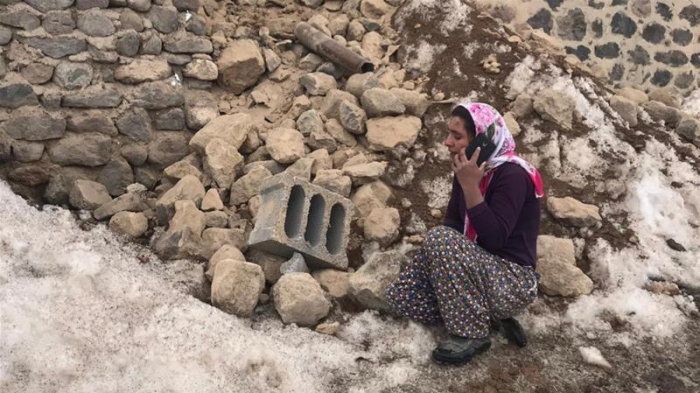 At least nine people have been killed and 37 others injured in Turkey's Van province following an earthquake early Sunday, the country's health minister has said.

Nine of the injured are in serious condition, Fahrettin Koca said. Earlier, Interior Minister Suleyman Soylu said three of those killed were children, adding that some 1,066 buildings have collapsed.

"Search and rescue efforts are ongoing," he said.

The magnitude 5.7 earthquake struck the Turkey-Iran border region, the European Mediterranean Seismological Centre (EMSC) said. The quake had a depth of 5 km (3.1 miles), the EMSC said.

Turkish public broadcaster TRT World said it affected about 43 villages in Turkey, which has a history of powerful earthquakes.

TRT said damage inspection teams had been dispatched to the region. There were also reports of building collapses in the Turkish city of Van.

Al Jazeera's Hashem Ahelbarra reporting from Hatay in southern Turkey said authorities are racing against time to reach those affected by the earthquake.

"Authorities say they are concerned that many people might be trapped in the rubble. Rescue operations are underway. Dozens of mountainous villages have been affected. The area is one of the most seismically active areas in the world." He said.

Iranian officials said emergency teams have been sent to the affected areas.

"Our rescue teams have been dispatched to the area. So far, we had no reports of damage or fatalities in the area, which is not a populated area in Iran's West Azarbaijan province," an Iranian official told state television.

But another local official said: "It is very likely that there will be casualties and damages," Iran's state television reported.

Crisscrossed by major fault lines, Iran and Turkey are among the most earthquake-prone countries in the world.

An earthquake last month in eastern Turkey killed more than 40 people while another in Iran had caused structural damage to homes without causing any fatalities.