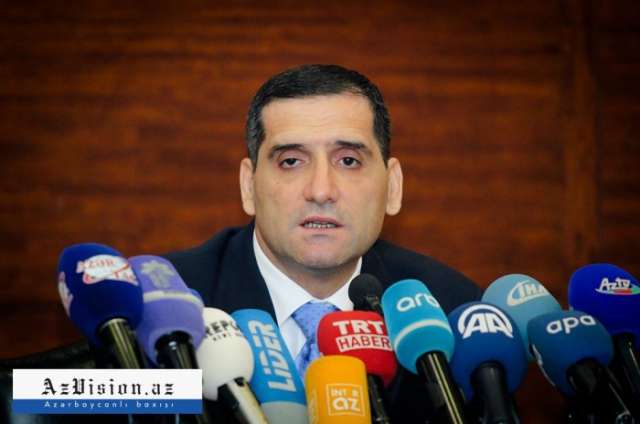 Restrictions on entry through the Diluju border checkpoint on Turkey's border with Azerbaijan's Nakhchivan Autonomous Republic entered into force on Feb. 23 at 17:00, Turkish Ambassador to Azerbaijan Erkan Ozoral told reporters while commenting on the entries through Diluju amidst the spread of coronavirus in Iran, Azvision.az reports.

Erkan Ozoral noted that a number of measures have been taken at this checkpoint regarding the coronavirus threat in Iran.

Iranian officials have pointed out on Feb. 24 that 60 people have been confirmed to be infected with coronavirus. Several states have already closed borders with Iran and put a ban on flights to the Islamic Republic.

The Diluju border checkpoint is located at the tip of the corridor that connects Turkey with Azerbaijan's Nakchivan Autonomous Republic. Also, the corridor borders Armenia to the north, and Iran to the south.

"We will provide the necessary information to the official circles of Azerbaijan regarding the measures taken. Turkish and Azerbaijani officials keep close contact and hold discussions," the ambassador said.

The envoy added that the restrictive measures at the Diluju checkpoint have recently been applied.


"The measures will be specified today," Erkan Ozoral said.

The outbreak in the Chinese city of Wuhan - which is an international transport hub - began at a fish market in late December 2019. Since then over 2,360 people have died and over 79,000 people have been confirmed as infected.