People from Iran quarantined in Baku due to coronavirus suspicion 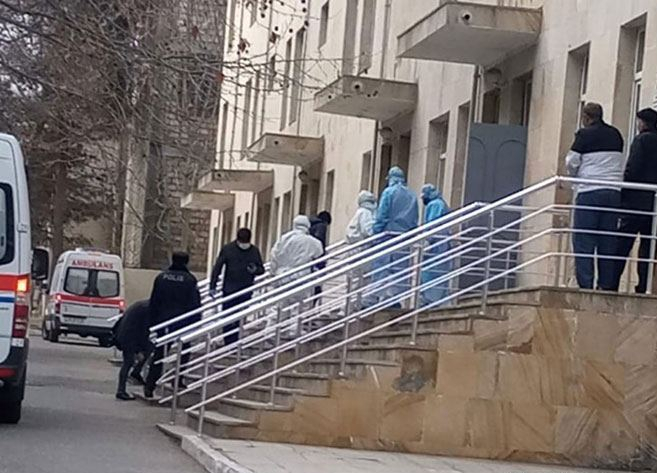 Two people suspected with coronavirus infection were received at the infectious diseases department of the first Clinical Medical Center in Baku on Feb. 24.

One of them is an Azerbaijani citizen working in Iran's Astara, while the other is an Iranian citizen who visited Azerbaijan.

The suspects showed no signs of coronavirus at the examination. One had a temperature of 37.1, the other - 37.3. Both are currently quarantined.

Iran is one of the recent countries, affected by the rapidly-spreading coronavirus. According to recent reports from the Iranian officials, over 60 people have been infected, 12 people have already died. The country continues to apply strict measures to contain the further spread.

The outbreak in the Chinese city of Wuhan - which is an international transport hub - began at a fish market in late December 2019. Since then over 2,360 people have died and over 79,000 people have been confirmed as infected.