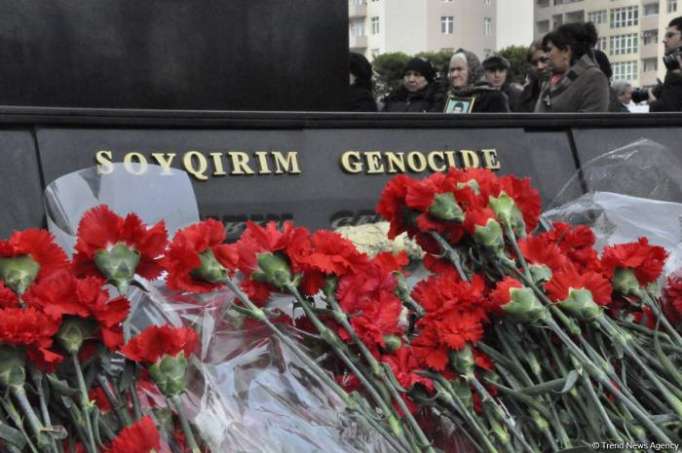 Azerbaijani Diaspora in Latvia has held a commemoration ceremony of the victims of the Khojaly genocide with the support of the Azerbaijani embassy in Latvia, AzVision.az reports with reference to the embassy.

The event began with a one-minute silence in memory of Khojaly genocide victims, and was attended by state, science and culture figures from Latvia, heads of diplomatic missions in the country, media representatives, as well as local and foreign students.

During the event Ambassador Javanshir Akhundov talked crimes against humanity committed by Armenian military forces in the occupied and ethnically cleansed Azerbaijani town of Khojaly. Having said that this act of genocide with special brutality served the policy of military occupation and ethnic cleansing of Armenia, Akhundov thanked the participants for their solidarity shown on this day of mourning.

The ambassador expressed his deep gratitude to the people of Latvia for the solidarity shown in the statement signed by Saeima's 53 deputies. Emphasizing the importance of uniting international efforts to prevent such tragedies from happening again, the ambassador said he hoped the parliaments of Latvia and the world countries would make appropriate statements calling for de-occupation of Azerbaijani territories and return of one million Azerbaijani refugees and internally displaced persons to their homeland.

Then a documentary film about the Khojaly genocide – Endless Corridor, based on numerous documentary videos and photos published by live witness of the genocide Lithuanian military correspondent Richard Lapaitis – was presented to the participants of the event.

The documentary was screened at the K.Suns Cinema in Latvia on Feb. 24 and 25.