Azerbaijan discloses number of people interrogated due to Khojaly genocide 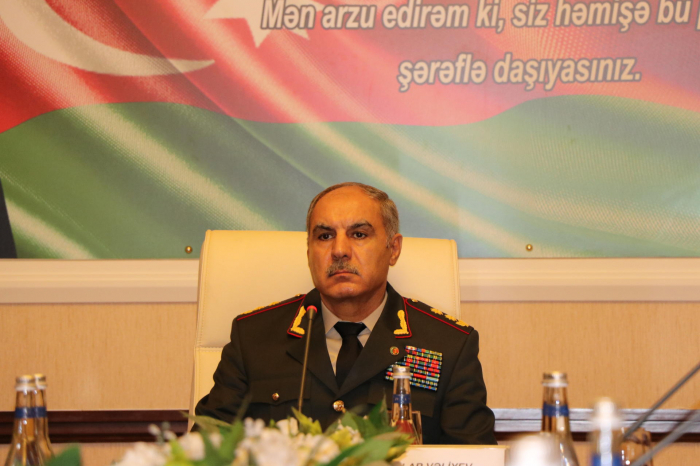 About 7,500 proceedings were carried out as part of the criminal prosecution of Azerbaijan’s Khojaly genocide, Azerbaijani Military Prosecutor Khanlar Valiyev said.

Valiyev made the remark at the scientific-practical conference in the Azerbaijani Military Prosecutor's Office, dedicated to the 28th anniversary of the Khojaly genocide, AzVision.az reports citing Trend.

“A joint investigative-operational group was created on December 18, 2003 upon an order of prosecutor general, interior minister and minister of national security to address the international organizations with the relevant appeals,” the military prosecutor added.

"The Azerbaijani military prosecutor has been entrusted with the control over the preliminary investigation in this criminal case since May 5, 2005,” Valiyev said.

“During the criminal prosecution related to the Khojaly genocide, about 7,500 proceedings were carried out, more than 4,500 people were interrogated,” the military prosecutor said.

“Over 800 examinations were carried out,” Valiyev said. “During the investigation, as well as according to the preliminary examination results, it was revealed that the damage worth over $170,250 was caused to Azerbaijan and Azerbaijani citizens.”