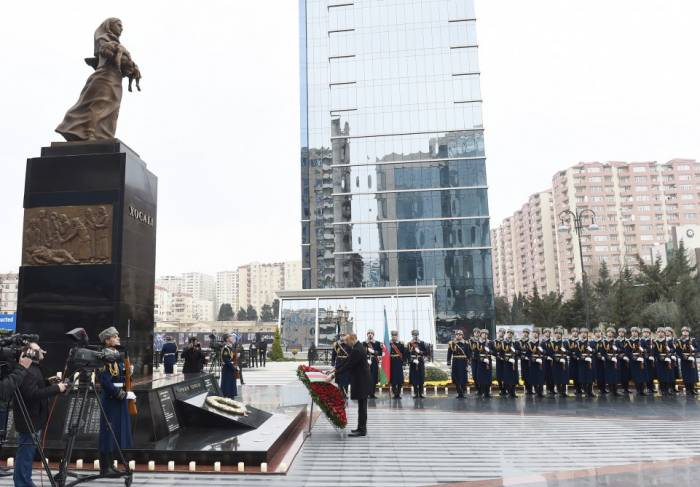 On the night of February 25-26 1992, Armenian occupants committed one of the bloodiest crimes in the history of mankind in the Azerbaijani town of Khojaly.

The statistics of Khojaly genocide are as follows: of 3,000 people who were in the town at the moment of the attack 613 were killed, including 106 women, 63 children and 70 elders; 487 people were severely wounded, including 76 children; 1,275 people were captured and subjected to unprecedented torture; the fate of 197 people still remains unknown. Eight families were totally annihilated. All these people were slaughtered, tortured and disabled solely because of their ethnic background, only for being Azerbaijanis.

Thousands of Baku residents arrived at the Khojaly memorial in Khatai district on February 26 to pay tribute to victims of the genocide on its 28th anniversary.

President of the Republic of Azerbaijan Ilham Aliyev and his first lady Mehriban Aliyeva attended the commemorative ceremony.

A guard of honor was arranged near the memorial.

President Ilham Aliyev put a wreath at the monument.