Azerbaijani citizens recommended to refrain from traveling to Egypt 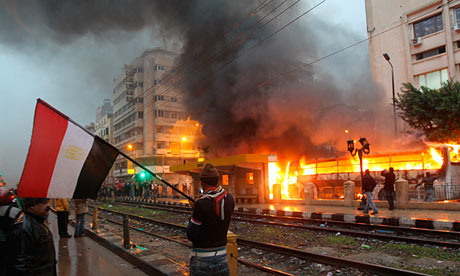 The Ministry of Culture and Tourism of Azerbaijan has recommended the Azerbaijani citizens to refrain from visiting Egypt.
According to the official website of the Ministry the tour operators are also recommended to suspend all tours to Egypt.

Once the situation in Egypt stabilizes, the Ministry will make an official statement.

On August 14 morning the security forces in the center of Cairo started dispersing the camps of Islamists who supported President Mohammed Morsi ousted in early July. The protesters resisted, and the Islamists` riots and clashes with the police further spread to other cities of the country. Authorities of several provinces of the country and Cairo declared a one-month emergency.

By the latest data, the number of people killed in collisions of supporters of ousted President Mohammed Mursi with security forces in Egypt has risen to 638 people.