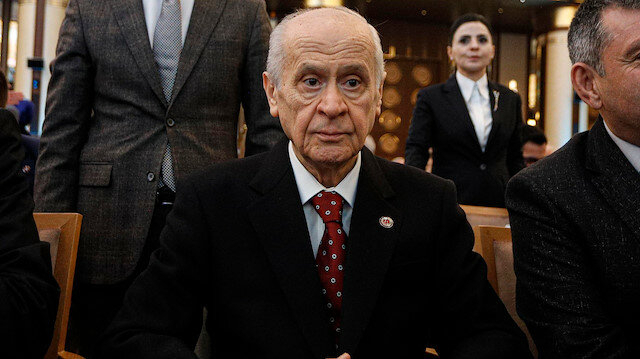 Devlet Bahceli calls on international community to recognize 1992 events in Azerbaijan as genocide.

Crimes against humanity including genocide were committed in Azerbaijan's Nagorno-Karabakh region on Feb. 26, 1992, a senior Turkish politician said Tuesday.

"In the town of Khojaly, international crimes like genocide, crimes against humanity, crimes of aggression, and crimes against peace were committed," Devlet Bahceli told his party's parliamentary group.

Those crimes have gone unpunished, he said.

"Khojaly has not been recognized as genocide internationally," said Bahceli, who leads the Nationalist Movement Party (MHP).

"The Khojaly genocide should be registered in the International Criminal Court, War Crimes Tribunal, Human Rights Court. Whatever is necessary should be done for the criminals."

In the wake of the breakup of the Soviet Union, the 1992 Khojaly Massacre is seen as one of the bloodiest incidents of the battle between Armenia and Azerbaijan for control of the occupied Nagorno- Karabakh region.

The two-hour Armenian offensive killed more than 600 Azerbaijani citizens, including women and children, and critically injured 487 others, according to Azerbaijani figures.

Also, 150 of the 1,275 Azerbaijanis that the Armenians captured during the massacre remain missing.