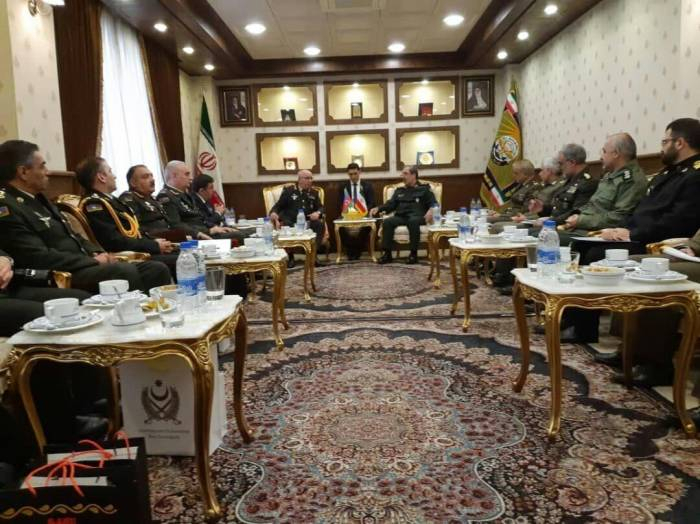 The meeting is chaired by Deputy Chief of Staff of the Iranian Armed Forces for the International Affairs, Brigadier General Qadir Nezami and Azeri Deputy Minister of Defense for Logistics Lieutenant General Mammadov Fuad Nadir.

Iran and Azerbaijan as two neighboring states with historical, cultural and civilization affinities.

The two countries have a record of cooperation on military, security and defense areas.

Fighting terrorism, human trafficking and smuggling of illicit drugs in the Caspian Sea and the Caucasus are the common issues of Iran and Azerbaijan.

The next joint commission will be held in Baku.