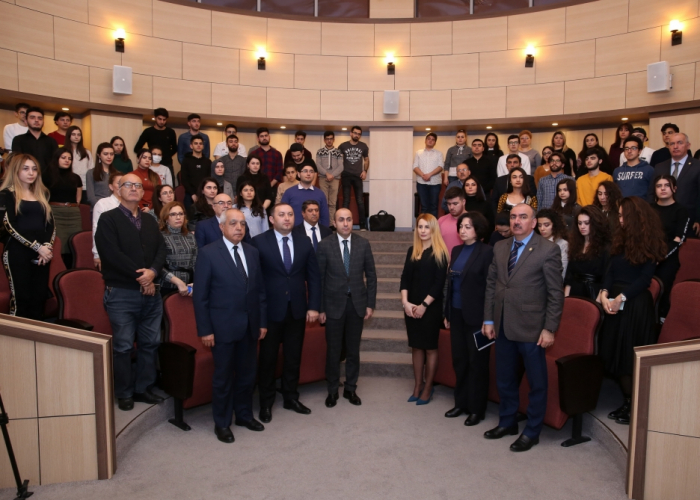 On the occasion of the anniversary of the Khojaly genocide, the leadership, teachers, students and administration staff of Baku Higher Oil School (BHOS) visited Mother`s Cry Memorial, which was erected in memory of the victims of the Khojaly tragedy.

Speakers at the event noted that the Khojaly genocide, committed on the night of 25-26 February 1992, is one of the worst human tragedies of the 20th century. It was also noted that the Government of Azerbaijan has taken a number of decisive steps to ensure that this crime against humanity receives an international political and legal assessment and that large-scale efforts have been made to inform the world community about the Khojaly genocide.

Speaking at the event, Associate Professor of the English Language and Humanities Centre of Baku Higher Oil School, Dr. phil. Alamdar Shahverdiyev informed the gathering about all the historical details of the Khojaly genocide.

The film “Children of War” was screened.

As a result of the Khojaly genocide 613 civilians, as well as 63 children, 106 women and 70 old people were killed atrociously, 8 families were completely annihilated, 25 children lost both parents, 130 children lost one parent, 1,275 innocent residents were taken hostage, while the fate of 155 of them remains unknown.