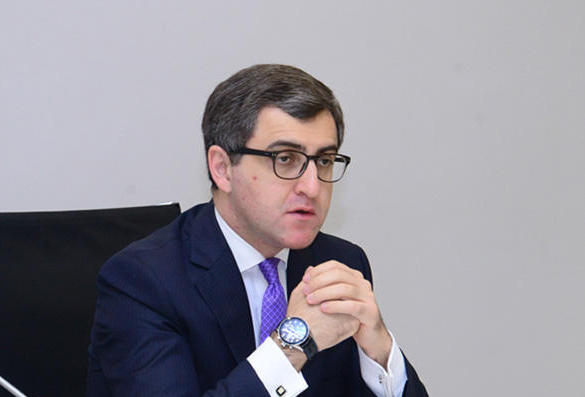 The activities for promoting Azerbaijani business in China, scheduled for February and March, were postponed due to the spread of coronavirus in China, Acting president of the Azerbaijan Export and Investment Promotion Foundation (AZPROMO) operating under the Azerbaijani Ministry of Economy Yusif Abdullayev said.

Abdullayev made the remark in Baku at the press-conference dedicated to the activity of AZPROMO in Azerbaijan in 2019, the promotion of the ‘Made in Azerbaijan’ brand and upcoming tasks, Trend reports.

The acting president stressed that the Asian markets remain a priority for Azerbaijan.

"China, as well as South Korea, Indonesia, Japan and Vietnam are important markets for the future,” the acting president added. “It is planned to export the products to these markets this year."

"Moreover, we plan to expand the export of goods to Russia, as well as to the European countries, in particular to Lithuania, Croatia, Germany and other countries," Abdullayev added.

The pres-conference dedicated to the activity of AZPROMO in Azerbaijan, the work on promoting the ‘Made in Azerbaijan’ brand and upcoming tasks have been held in the Baku Convention Center on March 2.