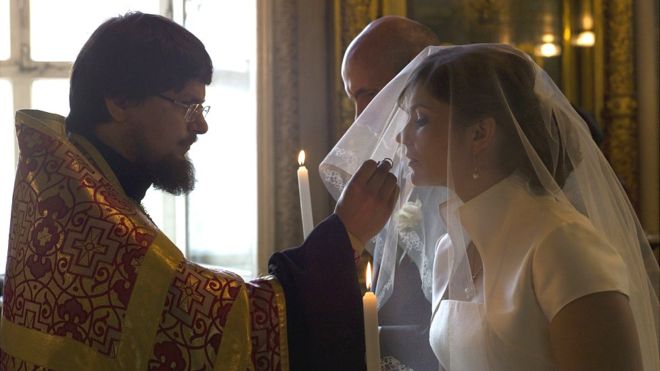 Russian President Vladimir Putin wants marriage to be defined as the union of a man and woman in a revised constitution, ruling out gay marriage.

It is among several constitutional amendments proposed by Mr Putin, which are set to be put to a public vote.

Critics see the proposals as a move by Mr Putin to keep a hold on power after his presidential term ends in 2024.

The package includes a proclamation of Russians' faith in God and a ban on giving away any Russian territory.

The territorial amendment would strengthen Russia's hold on Crimea - a Ukrainian region it annexed in 2014 - and the Kuril Islands, disputed with Japan since World War Two, according to Vladimir Mashkov, a renowned actor-director involved in drafting the new constitution.