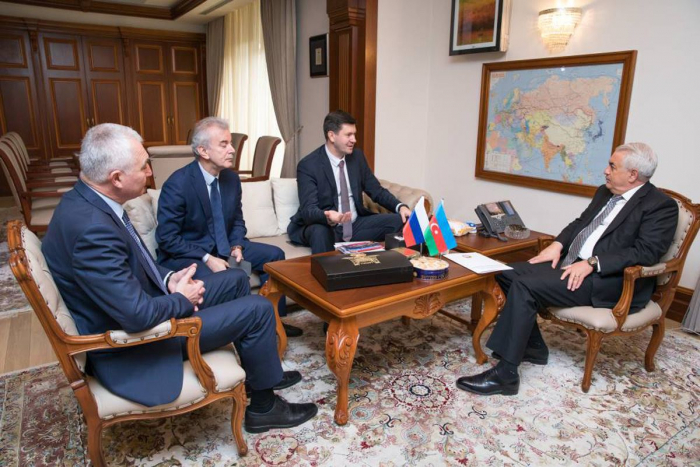 Chairman of the Azerbaijan Railways CJSC Javid Gurbanov met with a delegation led by the Minister of Economic Development of the Rostov Region of the Russian Federation Maxim Papushenko, AzVision.az reports.

Gurbanov emphasized that Azerbaijan's cooperation with Russia in the railway sector is at a high level.

The development of international transport corridors passing through the territory of Azerbaijan was also discussed at the meeting.

Gurbanov said that there are vast opportunities for cooperation in the transport and transit sectors, informing the minister that the volume of cargo transportation in Azerbaijan and Russia increased by more than 30 percent in 2019.

Papushenko noted the important role of the North-South and East-West transport corridors in strengthening the transport potential of both countries.

Talking about the economic opportunities of the region, the minister expressed interest in the transportation of import, export and transit goods through international transport routes.

During the meeting, the Rector of the Southern University (Institute of Management, Business and Law) of Rostov, Professor Imran Akbarov spoke about bilateral cooperation in the humanitarian field. Then the parties discussed issues of further expanding mutual cooperation.