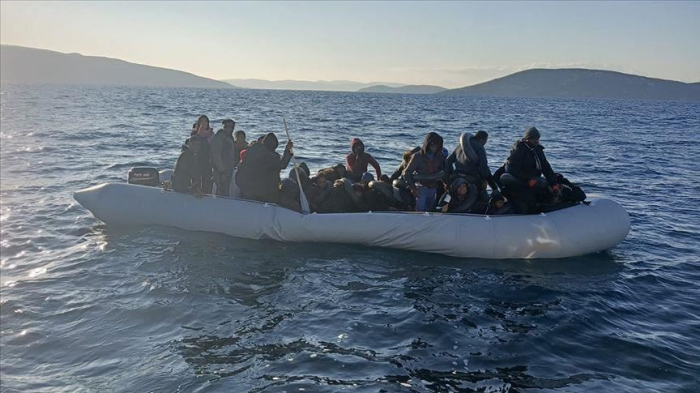 A total of 60 asylum seekers – over half of them children – were rescued off Turkey’s Aegean coast, security sources said on Sunday, AzVision.az reports citing Anadolu Agency.

Turkish Coast Guard teams said in a statement that a group of Afghans in a rubber boat, including 33 children, were rescued while attempting to cross to Greek islands.

Turkey has been a key transit point for hundreds of thousands of irregular migrants aiming to cross into Europe to start new lives, especially those fleeing war and persecution.

Last week, Turkish officials announced that they would no longer try to stop asylum seekers from reaching Europe, but added that boat crossings would not be allowed, as they are too dangerous.

Turkey, which already hosts nearly 4 million Syrians, more than any other country in the world, has said it would be unable to absorb yet another refugee wave.