Why deaths from coronavirus are so high in Italy - iWONDER 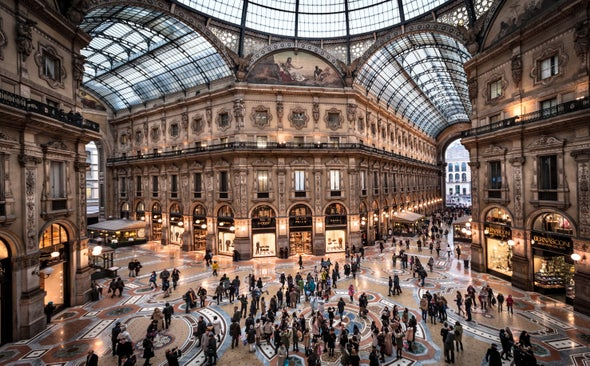 Deaths from the new coronavirus in Italy have soared in recent days, with the country reporting 463 total fatalities from the virus, out of 9,172 confirmed cases, as of Monday (March 9). But why are deaths in the country so high?

Outside of mainland China, Italy now has the highest number of deaths in the world from COVID-19, the disease caused by the new coronavirus. And the country’s fatality rate from COVID-19—at 5%—is much higher than the global average of 3.4%, according to the World Health Organization.

One factor affecting the country’s death rate may be the age of its population—Italy has the oldest population in Europe, with about 23% of residents 65 or older, according to The New York Times. The median age in the country is 47.3, compared with 38.3 in the United States, the Times reported. Many of Italy’s deaths have been among people in their 80s, and 90s, a population known to be more susceptible to severe complications from COVID-19, according to The Local.

Given Italy’s older population, “you would expect their mortality rate to be higher on average, all else being held equal,” compared with a country with a younger population, Gordon told Live Science.

In addition, as people age, the chances of developing at least one condition that weakens their immune system—such as cancer or diabetes—increases, said Krys Johnson, an epidemiologist at the Temple University College of Public Health. Such conditions also make people more susceptible to severe illness from coronavirus, she said.

Another issue may be the number of people in a given area who require medical care—having a lot of severely ill people in a single region could potentially overwhelm the medical system, Gordon said. She noted that this was likely the case in Wuhan, China, where the coronavirus outbreak began and which saw the majority of COVID-19 cases in China. A recent report from WHO found that the fatality rate was 5.8% in Wuhan, compared with 0.7% in the rest of the country, Live Science previously reported.

Finally, the country may not be catching many of the mild cases of COVID-19. Often, as testing expands within a community, more mild cases are found, which lowers the overall death rate, Gordon said. This was the case in South Korea, which conducted more than 140,000 tests and found a fatality rate of 0.6%, according to Business Insider.

“We probably don’t know how many people have actually become infected,” Johnson said. People with more mild symptoms, or those who are younger, may not be going to get tested, she said. Johnson suspects that the true fatality rate in Italy is closer to the global fatality rate of 3.4%.

Italy has conducted a substantial number of tests—more than 42,000 as of Saturday (March 7), according to Al Jazeera. However there is likely “quite a sizeable outbreak” in the area, which would need even more testing to identify, Gordon said.