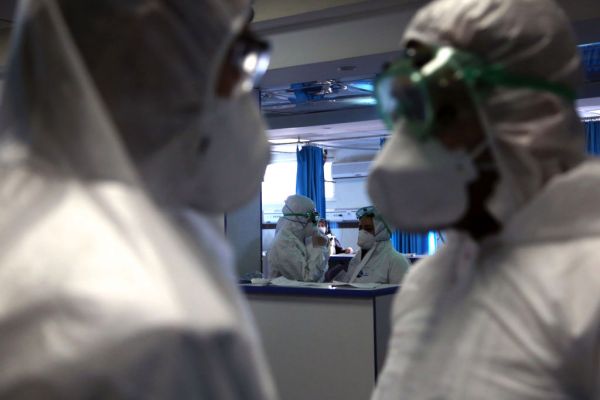 Azerbaijan's Embassy in Italy has asked all Azerbaijani citizens who are in Italy to strictly comply with all the rules and requirements of the Italian government in connection with the epidemiological situation in the country, AzVision.az reports referring to the Azerbaijani State Committee on Work with Diaspora on March 11.

Due to the sharp increase in the number of coronavirus infection cases in Italy, and in order to prevent the widespread epidemic, on March 9, the Italian government adopted decision to introduce prompt preventive measures.

Italy - a country of some 60 million people - was placed under quarantine as the government stepped up efforts to tackle the coronavirus outbreak.

Italy saw a surge in deaths on March 10. A lockdown came into force across the entire nation and will remain in place until at least April 3. Italians are facing a new reality of life with a curfew, travel restrictions and enforced space between people in public places.

Therefore, the following serious rules and requirements are envisaged throughout the territory, as well as in the red zone, where the virus was first to spread - the Lombardy region and 14 other provinces:

- a ban on entry and exit, with the exception of working trips and in connection with the state of health. To purchase the necessary food products from each family, only one person is allowed to leave the house, and it is recommended that more time be left at home;

- use of a compulsory and serious quarantine regime for all persons infected with the virus;

- closure of all educational institutions;

- a ban on all public events, including football matches;

- work in a limited mode from 06:00 to 18:00 (local time) only grocery stores, and serious control over compliance with the distance of 1 meter between customers;

- limited work of churches and other religious churches, a ban on holding all mass ceremonies and others.

The decision provides for serious administrative and criminal liability for violation of safety rules.

Citizens of foreign countries and tourists are allowed to return to their countries.

The outbreak in the Chinese city of Wuhan - which is an international transport hub - began at a fish market in late December 2019. The number of people killed by the disease has surpassed 4,000. Over 119,000 people have been confirmed as infected. Meanwhile, over 65,000 people have reportedly recovered.