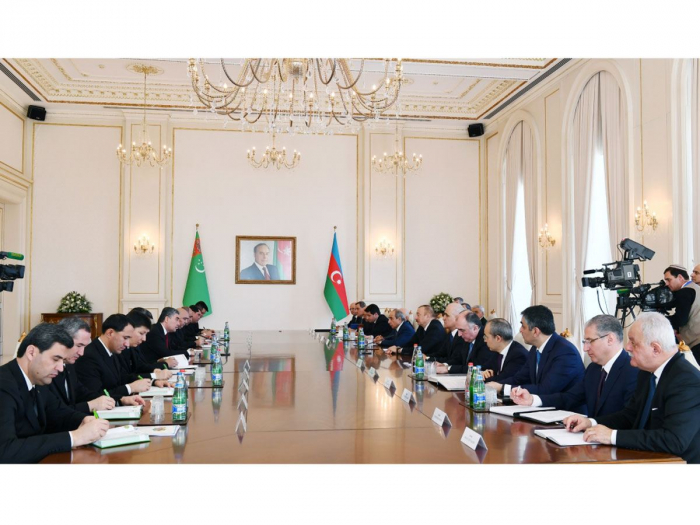 President of the Republic of Azerbaijan Ilham Aliyev and President of Turkmenistan Gurbanguly Berdimuhamedov have been joined by their delegations for a meeting in an expanded format.

They hailed the increase in trade and transportation between the two countries.

The Caspian Sea was described as what united Azerbaijan and Turkmenistan, and the sides noted the historical importance of the Convention on the legal status of the Caspian Sea.

They exchanged views on cooperation in energy, agricultural, scientific, educational, tourism, cultural, sports and other areas.