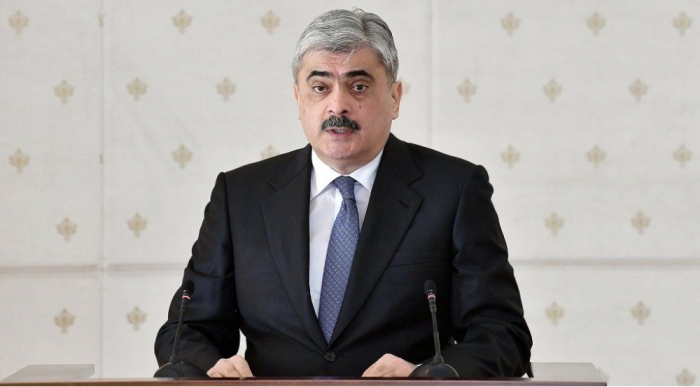 The structure of Azerbaijan’s state budget has been set in such a way that the lower oil prices do not strongly affect it, said Azerbaijan’s Finance Minister Samir Sharifov.

He made the remarks while commenting on the impact of the lower oil prices on Azerbaijan during Hedef TV program on AzTv.

The minister said it is because the oil revenues of the state budget come from two sources: taxes paid by companies operating under production sharing agreements and taxes paid by Azerbaijan’s State Oil Company SOCAR.

“The revenues and taxes of SOCAR come from sales of products primarily in the domestic market, where these prices are stable. We are absolutely sure that SOCAR will receive the forecast revenues and fulfill its tax obligation,” noted Sharifov.

Sharifov said that mostly, the companies operating under production sharing agreements will see their revenues decreasing.

“But I would like to note that there is a special structure for fulfilling tax liabilities, according to which, the liabilities of the fourth quarter of the last year are fulfilled in the first quarter of this year. They have already been fulfilled. Those payments account for 40 percent of the yearly forecast. Thus, according to our estimates, even if the market prices are set in a range between $30 and $35, its impact on oil revenues will be around $270-$340 million. The forecast budget revenue is at the level of 24.134 billion manat. That’s to say, it will account for 1.1-1.4 percent of the budget revenues, which is not a big amount,” said the finance minister.

Sharifov added that one the other hand, over the first two months of 2020, the fiscal authorities, that’s to say, the State Tax Service and the State Customs Committee exceeded the forecasts by paying 180 million manat and 74 million manat, respectively.

“So, thanks to the payments, we have “a safety bag” here as well. However, we forecasted and reviewed these issues and we believe that the impact is not so high,” he concluded.