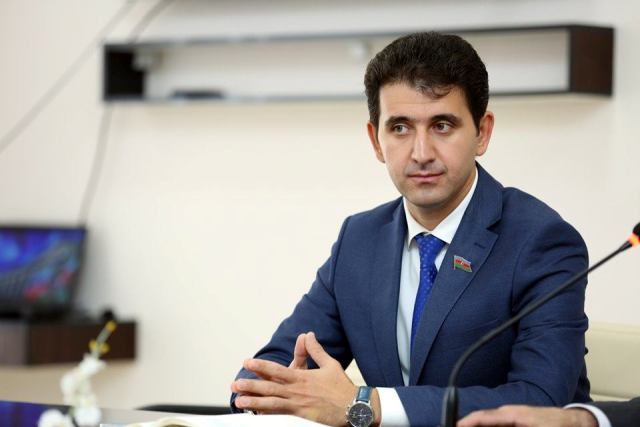 The same ethnic, cultural and religious affiliation of the Turkmen and Azerbaijani peoples has provided the two countries with centuries-old good and friendly neighborliness and the development of their relationship, Azerbaijani MP Naqif Hamzayev said.

The MP noted that cooperation between Azerbaijan and Turkmenistan, especially in recent years, has continued to grow.

"Good results have been achieved in the economic, humanitarian, transport and other fields under the leadership of Azerbaijani President Ilham Aliyev," Hamzayev added.

"The recent official visit of President of Turkmenistan Gurbanguly Berdimuhamedov to Baku, the meetings of the heads of state during the visit, the exchange of views on the further development of cooperation between the two countries in all areas, the signing of agreements on important areas of cooperation testify to the high level of relations," the MP said.

"The essence of the agreements reached and the documents signed as a result of the discussions at the highest level provide grounds for further expansion of bilateral cooperation in the near future," Hamzayev said.

"Good and friendly neighborly relations between the two countries have also been successful in the implementation of major energy and transport projects," the MP said.

"It is clear that the friendly relations between Azerbaijan and Turkmenistan are directly related to Central Asia, the Caspian Sea and the Caucasus," the MP said.

"The shortest and most convenient way to connect Central Asia with the Caucasus is through Turkmenistan and Azerbaijan via the Caspian Sea," Hamzayev said. "Thus, friendly relations between these countries allow the countries of the region using the aforementioned route to easily export goods to the world market, as well as to transport the imported goods in the shortest and cheapest way."

"This is a factor that directly affects the economies of the countries and the welfare of the population," Hamzayev said. "The friendship between the two countries helps to strengthen the atmosphere of friendship and mutual understanding in the Caspian Sea basin as a whole."

"The Baku-Tbilisi-Kars railway, a product of the initiative and political will of the president of Azerbaijan, has contributed to the wider use of Turkmenistan in the heart of the Eurasian continent," the MP said. "This line will allow Turkmenistan to enter European markets with minimal costs and generate revenues."

"The multilateral reforms carried out in Azerbaijan, the steps taken towards the development of the non-energy sector, and the results have always been interesting for native Turkmenistan," the MP said.

"At the same time, Azerbaijan has always focused on the path of glorious development and construction that Turkmenistan has recently followed," the MP said.