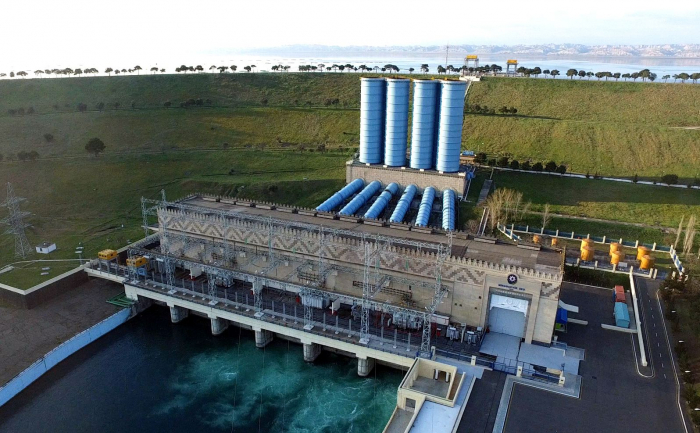 According to the press service’s statement, as a result of work at the mentioned station, which consists of six hydraulic units, reliability and safety will greatly increase.

“An important project, providing for the equipment of automatic frequency control, is being implemented. This is done to avoid accidents similar to those of summer 2018. Along with updating emergency automation and relay protection, the most advanced equipment manufactured by leading world companies is installed to ensure automatic frequency control,” said the statement.

“To this date, repair work on four of the six hydraulic units has been completed. As part of the repair work, the regulation and control systems have been replaced, and the protective devices of the new generator have been commissioned,” the press service stated.

“Currently, the drive connector is being replaced at a single hydraulic unit. Thereafter, work on the last hydraulic unit will begin. After that, the hydroelectric power station, which has been operating since the 1950s, will be restarted,” said the statement.