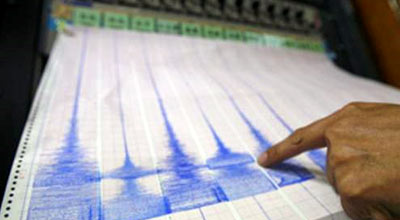 Tremor
A 4.2-magnitude earthquake was recorded, on Thursday at 7:21am Armenia time, in the Islamic Republic of Iran, nearby the country’s borders with Armenia and Azerbaijan, north of Lake Urmia, Earthquake Report informs.

The tremor’s hypocenter was 82 kilometers beneath the surface.

There are no reports on any casualties or devastation.

As informed earlier, the National Seismic Protection Service of Armenia’s Ministry of Emergency Situations had recorded, on March 2 at 9:32pm, a 4-magnitude earthquake, whose epicenter was located 34 kilometers west of Ahar city, in the Islamic Republic of Iran.

This tremor measured magnitude 5-6 at the epicenter area, and its hypocenter was ten kilometers beneath the surface.

The seismic activity was felt in Armenia, too, specifically, in Kapan, Meghri, and Kajaran cities—in the Syunik Region—where it measured magnitude 2-3.