Zurich to hold One Belt, One Road forum 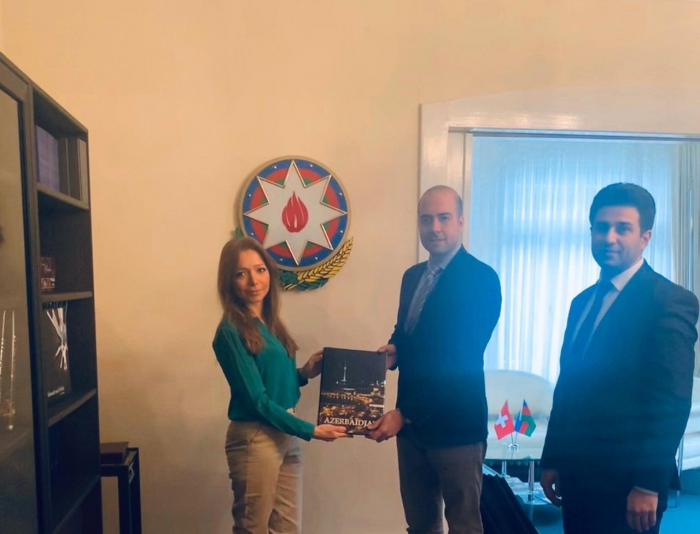 The embassy said that it regularly carries out work and organizes a number of events as part of the One Belt, One Road initiative, which also involves Azerbaijan.

During meetings with the Director of the Switzerland-CIS Joint Chamber of Commerce Dorit Sallis and Senior Consultant Russia, CIS and Nordic Countries at Switzerland Global Enterprise Michael Kühn, Ambassador Khanim Ibrahimova said that as a result of the reforms carried out in Azerbaijan under the leadership of President Ilham Aliyev, economic measures to attract foreign investment in the country are underway. She said that the high rate of economic development allowed Azerbaijan to be transformed and large investments in the country made a significant contribution to the modernization of economy, as well as to the creation of modern infrastructure in the field of transport as well.

Speaking about the One Belt, One Road initiative, Ambassador Ibrahimova pointed out that the project not only provides transport communication, but also strengthens ties between different countries, serves to strengthen dialogue and cooperation, and creates new opportunities for international trade.

The envoy noted that Azerbaijan has the necessary infrastructure to play the role of a center at the junction of various transport corridors. She went on to add that thanks to the East-West, North-South and South-West corridors, Azerbaijan is able to provide the shortest route in trade between Asia and Europe.

As a result of the meetings, it was decided to hold an event dedicated to Azerbaijan’s infrastructure projects with support of the embassy and joint organizational support of Switzerland Global Enterprise and Switzerland-CIS Joint Chamber of Commerce as part of the 5th Forum dedicated to the New Silk Road strategy, to be held in September 2020 in Zurich.

The meeting participants noted the importance of the above initiative in terms of developing ties between Switzerland and Azerbaijan. It was agreed to involve the relevant Swiss structures in the event dedicated to the role of Azerbaijan in One Belt, One Road initiative.