How to avoid touching your face so much - iWONDER 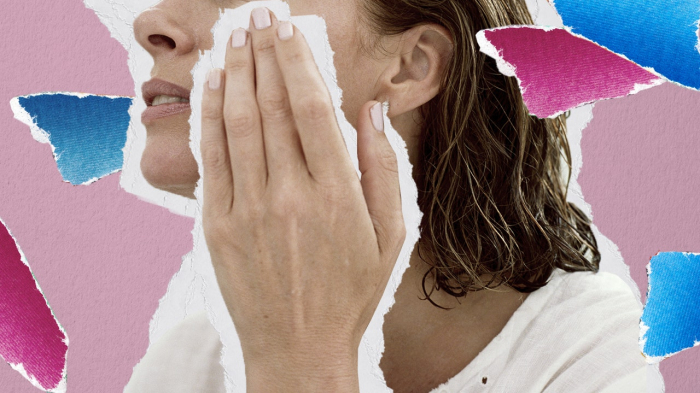 There is a reason why humans are susceptible during disease outbreaks like that of Covid-19 – we keep touching our faces. Why, and what can we do about it?

Humans have a rather unusual habit we don’t share with many other animals, and, unfortunately, it makes us particularly susceptible during certain disease outbreaks – we keep touching our faces.

Our species is one of the few in the animal kingdom known to touch their faces regularly, and we often do it without even noticing. Studies have shown that we are particularly prone to touching our chins and the areas around the mouth, nose and eyes. When it comes to a disease like the new coronavirus, Covid-19, that is a recipe for fast transmission.

One 2015 observational study analysed the behaviour of medical students in Australia. Mary-Louse McLaws, an infection control expert at the University of North South Wales, Sydney, and her colleagues found that the students touched their faces an average of 23 times an hour. Given that medical students should be more aware of the risks than others, this is quite a lot of touching.

And that behaviour makes us prone to infecting ourselves with disease, by spreading the bacteria and viruses we pick up with our hands when we touch our surrounding environment or even other people. It is why health authorities have now warned against touching our faces in an effort to reduce the spread of Covid-19.

But why do we touch our faces so much, and how can we cut it out?

While most species touch their faces as a grooming exercise or as a way to shoo pests away, humans and some of our fellow primates do it for all sorts of other reasons, too.

Martin Grunwald, a psychologist at the University of Leipzig, Germany, says that self-touching in this way is a "fundamental behaviour of our species".

"Self-touches are self-regulatory movements which are not usually designed to communicate and are frequently accomplished with little or no awareness," he says. "They play a key role in all cognitive and emotional processes. They occur in all people."

Touching our faces may act as a kind of self-soothing mechanism, according to Dacher Keltner, a psychologist at the University of California, Berkeley. Some research has shown that skin-to-skin contact results in the release of the hormone oxytocin, which can help to increase calm and reduce stress. At other times we use face touching subconsciously to flirt or "to act like the curtains on a stage, closing up one act of the social drama, ushering in the next", says Keltner.

Other experts believe that self-touching is a way to help control our emotions and attention span.

But our eyes, nose and mouth are also key gateways for bacteria and viruses to enter our bodies.

In 2012, researchers watched a sample of randomly selected people in public spaces in Florianopolis, Brazil, and on a subway in Washington DC, US. They found that the people they observed, who were not aware they were being watched, touched surfaces and then reached for their nose or mouth more than three times each hour.

For some health experts, this propensity to self-touch is perhaps where face masks offer a useful form of protection. While medical masks don’t necessarily stop the virus completely, they make it harder to touch the nose and mouth.

"Wearing a mask can reduce the propensity for people to touch their faces, which is a major source of infection without proper hand hygiene," says Stephen Griffin a virologist at the University of Leeds, UK.

Besides wearing masks, how else can we reduce how much we touch our faces?

Michael Hallsworth, a behavioural scientist at Columbia University, says that it is really difficult to put advice into practice.

"Telling people to do something that happens unconsciously is a classic problem," he says. "It's much easier to have people washing their hands more often than to have them touching their face fewer times. You won't have success if you just say 'Do not do an unconscious thing' to someone."

Hallsworth, however, believes that there are some "nudge" techniques that can help. One of them is to be more mindful of how often we touch our faces.

"When it is a physical need like an itch, for example, we can build a substitute behaviour," he says. "Use the back of the arm. You reduce the risk, even if it's not an ideal solution." He also recommends trying to figure out why we are touching our faces in given situations.

"If we recognise situations that trigger the touching, we can act upon them," says Hallsworth. "People who touch their eyes can wear sunglasses. Or just sit on their hands when they feel the touching could happen."

"Notes to self" reminding not to touch the face can also be helpful.

We can also resort to methods to keep our hands busy – fidget spinners or stress balls, for instance –especially in those moments our thumbs are idle. But fidgeting with objects also increases the number of surfaces we are touching, so they do have to be disinfected often.

Wearing gloves also offers little protection as they can still pick up the virus and spread the contamination. And even with the most diligent of people might struggle to keep from touching their faces completely.

Instead the World Health Organization recommends frequent hand washing, maintaining your distance from others and avoiding physical contact such as shaking hands.