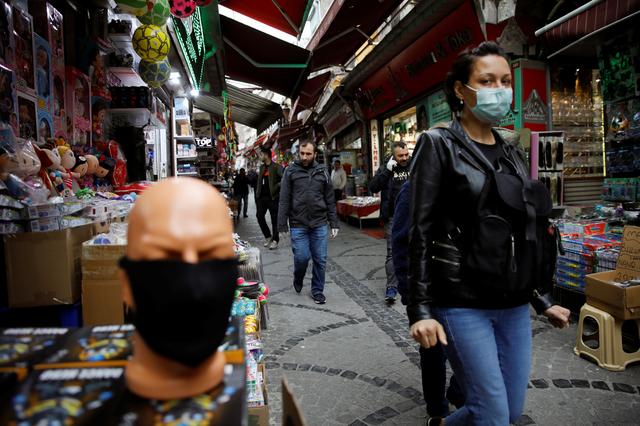 Turkey imposed restrictions on Tuesday on grocery store opening hours and numbers of shop customers and bus passengers, adding to steps to combat the spread of the coronavirus after the country’s death toll from the illness rose to 37.

Ankara has already closed schools, cafes and bars, banned mass prayers and indefinitely postponed matches in its main sports leagues, as well suspending flights to many countries as it looks to limit the spread of the virus.

Health Minister Fahrettin Koca announced the new death toll overnight and said the number of confirmed cases rose by 293 on Monday to 1,529, with a total of more than 24,000 tests carried out on people.

In the latest moves, the Interior Ministry said grocery stores and supermarkets’ opening hours will be limited to between 9 am (0600 GMT) and 9 pm (2100 GMT), with a maximum of one customer for every 10 square meters of shop space.

Buses within towns and between cities will not be allowed to exceed 50% of the vehicle’s capacity, with space to be kept between the passengers, the ministry statement said.

Separately, the Turkish Competition Board said on Monday night there had been opportunist, excessive food price rises, notably for fruit and vegetable products, and said it would impose severed fines on those found to be responsible.