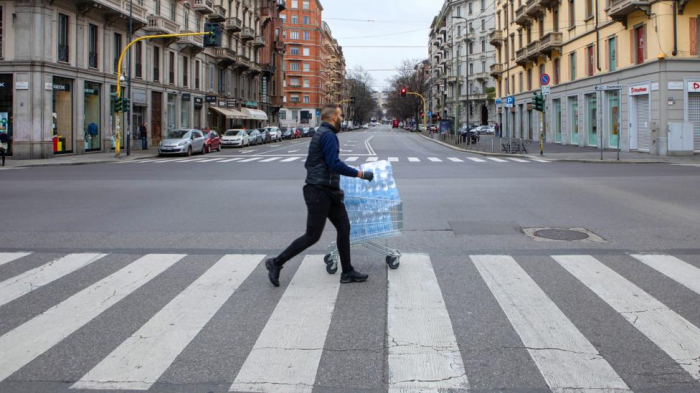 A rumour about Covid-19 has been spreading – that drinking water regularly and keeping your mouth moist can protect you.

First there was the bizarre suggestion that it can be cured with cocaine. After the erroneous idea circulated widely on social media, the French government had to quickly issue a statement saying that it’s definitely pas vrai. Then came the claims that avoiding ice cream could help, prompting Unicef to issue a statement that this is also not true. Finally the – extremely dangerous and also false – idea emerged that it can be prevented by drinking bleach.

Though the coronavirus pandemic started just a few months ago, it has already spawned an abundance of online fables and urban legends about how to evade it. One suggests that drinking water can help to prevent the infection. Here’s why that’s extremely unlikely.

The original posts shared on social media say that we should make sure our mouths and throats are always moist, and drink water every 15 minutes. The logic is that this will help to wash the virus down the oesophagus, so it that it can be killed by our stomach acid.

“This is just so simplistic, I can’t even get my head around it,” says Kalpana Sabapathy, a clinical epidemiologist at the London School of Hygiene and Tropical Medicine.

Sabapathy explains that infections often begin after we’ve been exposed to thousands or millions of viral particles, so sweeping a few down the oesophagus is unlikely to have much of an impact. “One gaping hole in it is the likelihood that you managed to flush all of them down into your stomach,” she says. “You would probably have already got them in your nostrils by then, for example – it’s not fool proof,” she says. And here lies another of the main flaws in the idea. Even if the virus hasn’t already managed to find its way inside the cells of your respiratory tract, it can also get into the body in other ways. While some people might become infected by touching their mouth with contaminated fingers, it can also enter the body by touching the nose or eyes.

As it happens, this is not thought to be the main route of transmission. Instead, the main risk is from breathing in tiny droplets containing thousands of viral particles after a person coughs or sneezes – either when they’re hot-off-the-press or have been lingering in the air hours afterwards. (Read more about how long the Covid-19 coronavirus can stay on surfaces and in the air.) 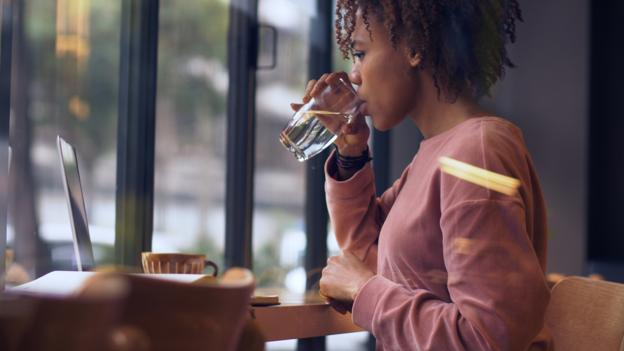 The latest thinking is that Covid-19 might survive even after it’s been through your stomach (Credit: Getty Images)

And there’s another reason the water-drinking technique might not work. You would think that, once a Covid-19 particle had made its way into your stomach, it would be killed immediately. After all, gastric acid has a pH of between one and three; it’s roughly as potent as battery acid, which is capable of dissolving steel. A few years ago, scientists invented a way to use it as a power source.

But the virus might be far more robust than this. After Mers emerged from Saudi Arabia in 2012, researchers discovered that the pathogen – which is a coronavirus and relative of Covid-19 – is “considerably resistant” to the slightly diluted acid that you would find in the stomach of a person who had recently eaten. They found signs that the virus had managed to colonise one patient’s gut, and showed that it can easily colonise cells from the intestine. The team speculated that it might be possible to become infected this way.

It’s not yet clear if this is also true for Covid-19. Some patients have been reporting symptoms such as nausea and diarrhoea, and now experts from China are warning that there are signs it can infect the digestive tract. According to one report, more than 50% of people with Covid-19 have the virus in their faeces, where it’s lingering long after it’s been cleared from the lungs. 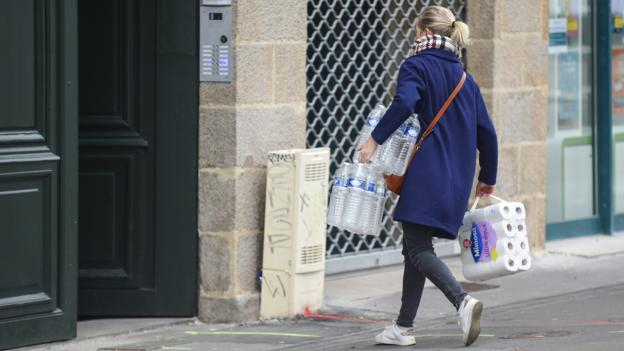 There are lots of possible ways for Covid-19 to enter the body, so drinking water is unlikely to significantly reduce your risk of infection (Credit: Getty Images)

Perhaps most compellingly, there hasn’t been any research looking into whether drinking water can prevent infection with Covid-19, so this technique is not based on science or fact – just wobbly theory. In fact, the only study that comes close is from 15 years ago.

The research looked at whether gargling with water might help to prevent respiratory infections, because the practice is popular in Japan. They found that, over a 60-day period, participants who gargled with water three times a day were indeed less likely to report respiratory symptoms than those who gargled with an antiseptic solution or who did neither. However, the findings don’t necessarily apply to Covid-19 – and it’s dangerous to assume that they do.

First, the study focused on infections of the upper respiratory tract, which mostly involve the sinuses, throat and, airways, while Covid-19 is also known to infect the lower respiratory tract, infiltrating the chest and lungs. Secondly, it’s worth noting that it was a relatively small study, in which the participants were asked to self-report their symptoms (rather than being assessed objectively) and knew which treatment group they were in. This kind of study is thought to be less reliable than the gold standard – a placebo-controlled randomised trial.

Sabapathy says that, though telling people to keep their mouths moist and drink water every 15 minutes might sound harmless, it’s important to squash this kind of misleading advice quickly.

The danger lies in the false sense of security that it provides. “People will think that by doing that, they're going to be OK,” she says. “It diverts from the much more important messages.”

The overwhelming evidence suggests that the best approach remains avoiding unnecessary social contact and washing your hands. So her advice is to put down the water and pick up the soap instead.