Dollar on track for biggest weekly fall in a decade 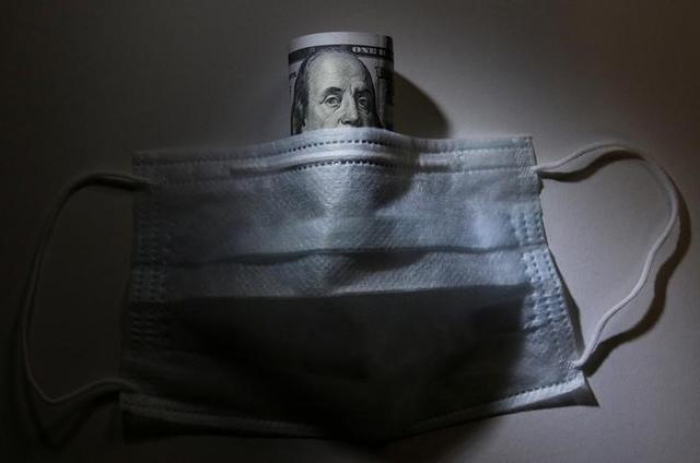 The dollar was on track for its biggest weekly decline in more than a decade on Friday, as trillions of dollars worth of stimulus efforts by governments and central banks helped temper a rout in global markets triggered by the coronavirus pandemic.

The dollar had been riding high in March amid a drive for dollars by investors trying to get their hands on the world’s most liquid currency, and one considered a safe haven.

But big government spending pledges, including a $2.2 trillion U.S. package, and co-ordinated efforts by central banks around the world to increase the supply of dollars have supported a rally in other major currencies.

An unprecedented jump in U.S. jobless claims on Thursday underscored the coronavirus’s impact on the country’s economy, further weakening the dollar.

The dollar consolidated losses on Friday, edging up 0.2% on the day against major currencies, but was still on course for a near 3% fall for the week - its biggest decline since May 2009.

The swing underscores the currency market’s volatility after the dollar index last week racked up its biggest weekly gain since the financial crisis.

“The sharp reversal of the US dollar yesterday was clear evidence that the deluge of measures from the Federal Reserve to address dollar liquidity problems were finally becoming more successful,” said analysts at MUFG in a note.

“While we believe the ultimate direction of the dollar following this crisis will be down, we can’t be complacent in assuming this is now under way. That would be premature ... We need to wait and see before a trend of USD weakness becomes established.”

Against the yen, the dollar fell 0.7% on Friday to 108.855 yen, as Japanese investors and companies repatriated funds before their fiscal year ends next week.

The dollar barely moved versus sterling and the Australian dollar as they consolidated the week’s gains.

But the dollar was up more than 1% against the export-exposed Norwegian crown and South African rand.

“Now that the surge in demand for dollars overseas has been met by the Fed’s new improved swap lines, economic and medical fundamentals are taking over,” said analysts at BDSwiss in a note.