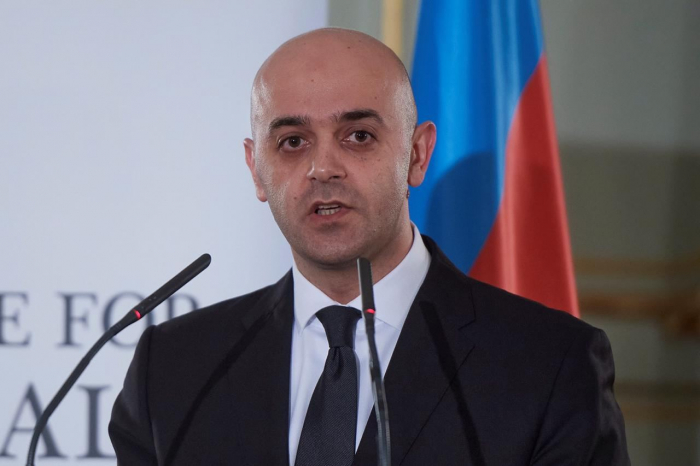 “Azerbaijan firmly condemns this biased statement,” the permanent representative added. “A categorical protest in this regard has already been conveyed to the PACE leadership both in written and verbal form.”

"The PACE platform, based on mutual respect, is unfortunately used to promote an unfair campaign rather than dialogue and cooperation,” Ismayilov said. “Azerbaijan, which, by its will, has joined the Council of Europe, has always demonstrated an approach consistent with the spirit of constructive and targeted cooperation. At the same time, Azerbaijan is unequivocally and decisively rejecting forms of relations based on pressure and threats.”

“Azerbaijan’s foreign policy, determined by the president and based on the national interests, implies a system of equal relations,” the permanent representative added. “As for the statement made on March 25, it is possible to see that its authors act as controllers of the colonial system of the 19th century rather than as rapporteurs of PACE, representing the totality of democratic societies.”

“Azerbaijan firmly rejects the regular threats, as well as the instructions and recommendations that they address from their countries to the country which is faced with such injustice as military occupation," Ismayilov said.

The diplomat stressed that this is unthinkable indeed.

“Instead of welcoming the large-scale efforts being carried out in Azerbaijan to combat the serious threat which is observed in most countries, the solidarity of the society and public support for these measures, the rapporteurs continue to demonstrate an approach based on rumors and speculations,” Ismayilov said.

“Unfortunately, this biased approach may prove that these rapporteurs want to receive political and other possible dividends from certain circles, and even the humanitarian catastrophe that the world is facing cannot stop them,” the permanent representative said. “On the other hand, PACE rapporteurs, and a day later, the Council of Europe Commissioner for Human Rights made an attempt to describe the legal measures taken by the country's law enforcement agencies in connection with a fact that occurred on domestic grounds from a political point of view.”

“The political affiliation does not give any privileges before the law in any country, and legal measures were taken towards that person within the rule of law in Azerbaijan,” the permanent representative said. “We hope that PACE, as well as other institutions of the Council of Europe, will conclude that the effective tool is a dialogue with Azerbaijan, a member of the structure within 20 years, built exclusively on mutual respect."

“In general, neither rapporteurs on Azerbaijan, nor PACE have the authority and the power to regulate the organization’s relations with the country,” Ismayilov said.

"The Parliamentary Assembly is a platform for cooperation between the national parliaments of the member-states of the Council of Europe, and from time to time it expresses its position on various issues,” the permanent representative said. “The work of the Council of Europe is based on multidisciplinary activity in various fields, and regardless of the PACE approach, Azerbaijan actively participates in most of them.”

“However, the unreasonable and biased steps of some PACE members do not contribute to the intensification of cooperation between Azerbaijan and the Council of Europe and in most cases cast a shadow on the positive dynamics,” the permanent representative added. “We think that the PACE leadership must thoroughly analyze this issue and make appropriate adjustments to the approach that is periodically demonstrated in relation to Azerbaijan within this institution.”

“In any case, Azerbaijan is a democratic country that respects human rights and the rule of law,” Ismayilov said. “Despite the periodic partial statements and attacks by some PACE members, Azerbaijan, under the wise leadership of the president, intends to achieve more success on the path to sustainable development. Let no one doubt that we will fulfill the tasks."