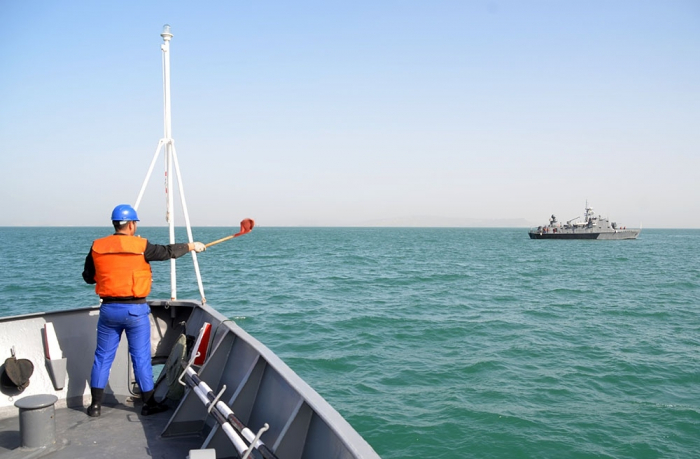 “According to the plan approved by the Minister of Defense, a tactical exercise with the participation of ships and boats of the Naval Forces was conducted in the Azerbaijani sector of the Caspian Sea,” Azerbaijan`s Ministry of Defense said.

“The main objectives of the exercise were to ensure the maintenance of an advantageous operational regime and to organize the protection of oil and gas production areas, as well as subsea pipelines areas.

The general actions of the crews of ships and boats were reviewed and analyzed at the end of the exercises,” the ministry added.