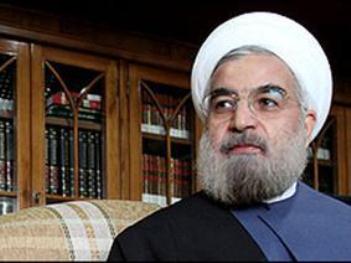 Iran`s new President Hassan Rouhani said Saturday that Iran will not change the principles in its foreign policy, APA reports quoting semi-official Mehr news agency.
"In the recent election, people demanded revisions in foreign policy, but it does not mean abandoning principles," Rouhani said, adding "However, methods should be changed."

Rouhani`s words were an allusion to the passionate and provocative rhetoric of officials in Iran`s Foreign Ministry and in Iran`s administration under former President Mahmoud Ahmadinejad, that was against the United States and its ally Israel.

"At present, foreign policy is the key to our problems," he said, emphasizing that "any words (about international issues) should be rational, precise and logical."

"Foreign policy is not the locus for slogans and verses, it is a field where international incidents should be comprehended exactly," he said. "Any mistake in foreign policy will be costly for the people."

Rouhani made the remarks during a ceremony held for the inauguration of new Foreign Minister Mohammad-Javad Zarif, whose qualification was endorsed by the Majlis (parliament) on Thursday. Zarif was Iran`s ambassador to the UN from 2002 to 2007, and a member of Iran`s nuclear negotiating team led by Rouhani from 2003 to 2005.

Rouhani won a surprise victory in Iran`s June presidential election by defeating powerful conservative rivals. During his presidential campaign and later, Rouhani has reiterated that his administration will pursue the policy of moderation and a " constructive interaction" with the world, but will not slacken over the nation`s interests.

Iran`s uncompromising policy toward Israel and its sensitive nuclear program have been two major issues at the hands of the West that has exercised excessive pressures on the country.

The Islamic republic does not recognize the Jewish state and have supported anti-Israel movements in the region over the past years. It has also persisted its "rights" of nuclear enrichment for civilian purpose which the West suspects might be developed into military dimensions.

Iran`s new administration has to tackle these two challenges although both Rouhani and Iran`s new foreign minister have publicly stressed that they will not negotiate over the country`s foreign policy principles and the nation`s nuclear interests.