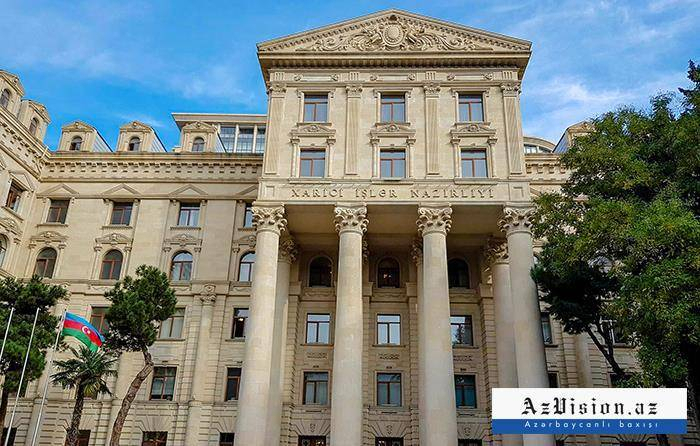 The so-called “elections” organized in the occupied Nagorno-Karabakh region of the Republic of Azerbaijan by the Republic of Armenia - the aggressor country on March 31 of this year were strongly condemned and rejected by the international community.

International organizations including the Non-Aligned Movement, Organization of Islamic Cooperation, European Union, NATO, Turkic Council, GUAM, European Parliament, TURKPA, the co-chairs of the OSCE Minsk Group, as well as many states made statements declaring these so-called “elections” and their results illegal.

Having the Non-Aligned Movement, the second largest political platform after the UN which unites 120 countries, as well as numerous other organizations and states among those rejecting this illegal act, once again clearly demonstrates that the world community rejects the aggressive policy of the Republic of Armenia and its consequences.

We once again underline that elections in the Nagorno-Karabakh region of the Republic of Azerbaijan may be held only within the Constitutional framework of the Republic of Azerbaijan and full participation of the entire population of the region. Any election will be possible only after the withdrawal of the Armenian occupying forces, return of the expelled Azerbaijani population to their places of origin, and restoration of dialogue and cooperation between the Armenian and Azerbaijani communities of the region.