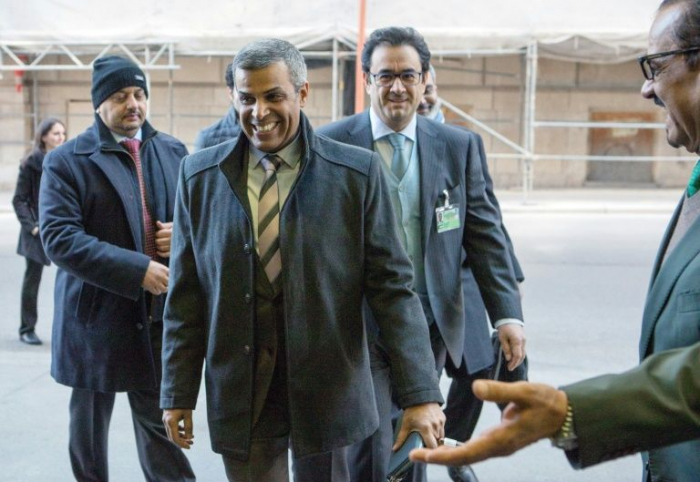 The talks between OPEC and other major producers come as oil languishes at near-two decade lows, with Russia and Saudi Arabia's price war compounding slack demand caused by the coronavirus pandemic.

"Through our continuous consultations in the past weeks, I confirm that the intention is to conclude an agreement to cut production by a large amount ranging between 10 million bpd and 15 million bpd," Fadhel said in an interview with Kuwaiti daily Al-Rai published Thursday.

He said the aim of the huge reduction is to "restore balance to the market and prevent further drops in the prices."

OPEC, led by leading exporter Saudi Arabia, and other top producers including Russia will meet via video conference later Thursday amid hopes they will agree to cut output to shore up prices.

Fadhel said negotiations were still continuing to secure the participation of a larger number of major producers such as the United States, Brazil, Canada, Argentina, Columbia and Norway.

"There are also very important discussions still ongoing over how to distribute quotas and reductions among the countries," said the Kuwaiti minister, adding that some progress has been made.

Fadhel said he was optimistic about striking a new deal to counter a sharp drop in demand, estimated by some studies at as high as 25 million bpd, or a quarter of global supplies.

Oil prices extended gains Thursday after Russia, the world's second producer, signalled it was ready to make a big output cut at the OPEC+ meeting.

US benchmark West Texas Intermediate rose 4.6 percent to $26.26 a barrel, while Brent crude, the international benchmark, jumped 2.7 percent to $33.73.

Moscow said Wednesday it is willing to cut output by about 1.6 million barrels a day, Bloomberg News reported.