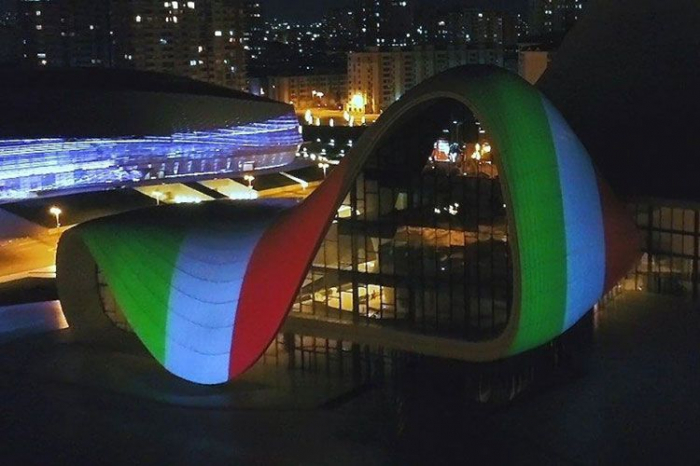 The video projection of the Italian flag on the building of the Heydar Aliyev Center in Baku as a sign of solidarity with the countries seriously affected by the coronavirus (COVID-19) pandemic was met with great interest in the Italian media.

The video projection was implemented on the initiative of the Heydar Aliyev Foundation.

The program “Occhio sulla città”, aired on Italian television channels Telecaprinews and Caprievent, presented a special reportage on this occasion. The reportage that was first shown on both TV channels on April 12 will be aired again on April 14 and 15.

The Italian media outlets emphasized that the Heydar Aliyev Foundation has for many years been working to promote Azerbaijani culture on a global scale and implement various projects on international cultural cooperation. They also stressed the special role of the Heydar Aliyev Foundation in the development of cultural ties between the two countries.