Statement of Azerbaijani Community of Nagorno-Karabakh circulated as UN document 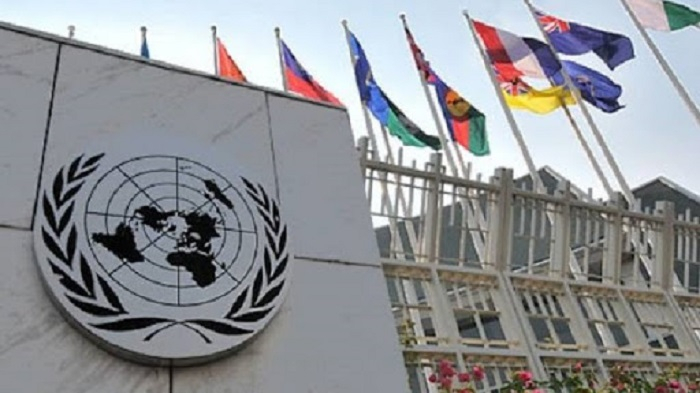 Statement of the Azerbaijani Community of Nagorno-Karabakh region of Azerbaijan has been circulated as UN General Assembly and Security Council document, AzVision.az reports.

The statement was sent as an annex to the letter dated 13 April 2020 from the Permanent Representative of Azerbaijan to the United Nations Yashar Aliyev addressed to the UN Secretary-General.

‘I have the honour to transmit herewith a statement by the Azerbaijani community of the Nagorno-Karabakh region of the Republic of Azerbaijan in connection with the recent ceasefire violations committed by the armed forces of the Republic of Armenia (see annex). I should be grateful if you would have the present letter and its annex circulated as a document of the General Assembly, under agenda items 32 and 37, and of the Security Council,” reads the letter.

The statement says that the current escalation in the Line of Contact are again a painful reminder of the consequences of a missing peace and the need to step up the efforts for supporting the peaceful resolution of the Armenia-Azerbaijan conflict as soon as possible.


“Unfortunately, the recent skirmishes on the frontline once again confirms that Armenia is simply not interested in peace. At a time when the world is facing COVID-19 pandemic and despite the threat posed by it to human lives, Armenia and the occupying regime in the Nagorno-Karabakh region of Azerbaijan, remaining true to their disposition, continue their illegal and provocative activities even under these circumstances by keeping civilian residents under constant fire,” reads the statement.

The document says that starting from April 2020, the Armed Forces of the Republic of Armenia use high-calibre machine guns against civilian residents of the Gazakh region of Azerbaijan.

“We are very concerned about Armenian military activities which threaten Azerbaijani civilians residing near the frontline. All these actions are directed against the statement of the Secretary-General of the United Nations, Mr. Antonio Guterres, who called to raise the voices for peace and to silence the guns! Unfortunately, the war unleashed against Azerbaijan by Armenia devastated all our livelihoods. We, the Azerbaijani Community of the Nagorno-Karabakh region of the Republic of Azerbaijan, have expressed many times our readiness for the peaceful coexistence with Armenians. We all stand for peace and cooperation which exclude occupation and ethnic cleansing and we demand the Armenian leadership to implement the UN Security Council resolutions 822 (1993), 853 (1993), 874 (1993) and 884 (1993) adopted in this regard,” reads the statement.