Number of passengers transported by buses in Azerbaijan down 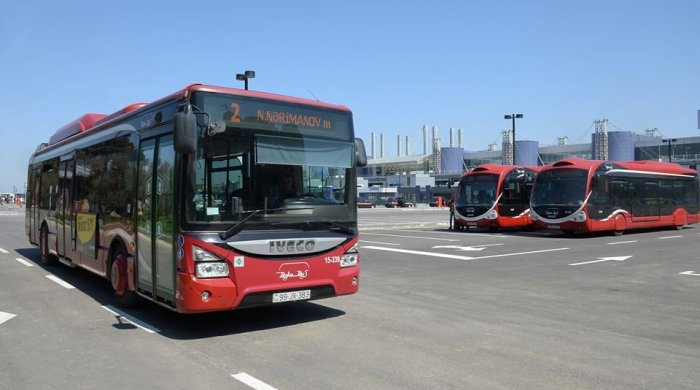 The number of passengers transported in Azerbaijan by buses moving inside the country’s cities (excluding in Baku) and districts during the special quarantine regime dropped by 85 percent.

In order to prevent coronavirus infection spread in the country and possible consequences caused as a result of the infection, Azerbaijan announced a special quarantine regime from 00:00 (GMT+4) March 24 through April 20. The special quarantine regime envisages restriction of entry and exit to/from Baku, Sumgayit and Absheron, except for special-purpose vehicles, banning those above the age of 65 from leaving home, gathering in groups of more than 10 people in public places, including on the streets, boulevards, parks and other places.