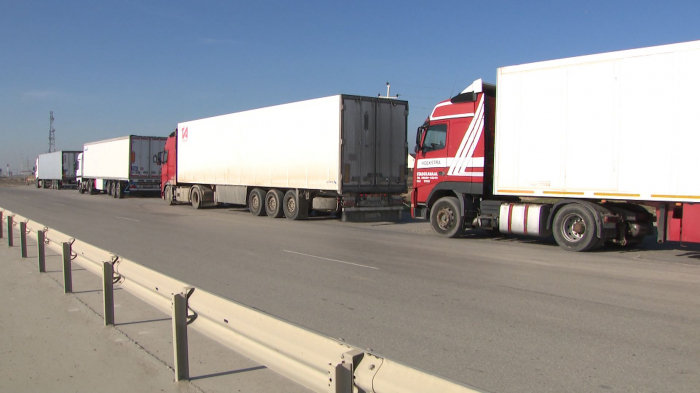 Last week, the Georgian government introduced a 24-hour limit on the transit passage by foreign freight vehicles entering the country and a 48-hour limit on the exit of vehicles engaged in freight transportation as part of strengthening special quarantine measures on the country’s territory, spokesperson of Azerbaijan's State Road Transport Service Nurida Allahyarova told Trend.

According to her, a fine of 3,000 lari (about $1,100) is envisioned for each motor vehicle in respect of foreign carriers who do not leave the country on time. In this regard, Azerbaijani carriers contacted the State Service.

"The State Road Transport Service under the Ministry of Transport, Communications and High Technologies of Azerbaijan has initiated negotiations with the Georgian Land Transport Agency. Due to the fact that the Azerbaijani carriers mainly transported goods to the port of Poti and since this distance in one direction exceeds 500 km, there was a need to review the time limit for the carriers,” Allahyarova said.

“As a result of negotiations between Azerbaijan's Ministry of Economy and the Georgian Ministry of Infrastructure and Sustainable Development, this issue was revised taking into account the peculiarities of cargo transportation associated with Azerbaijan, and a decision was made to extend this period by seven days," the spokesperson noted.

As Allahyarova stressed, at the same time, a fine was cancelled in respect of vehicles owned by Azerbaijani carriers who remained in Georgia.

"We thank the Georgian government for their support during this difficult period, and we want to emphasize that we greatly appreciate the understanding and cooperation of Georgian colleagues," she added.