How will the coronavirus pandemic change Ramadan for Muslims? 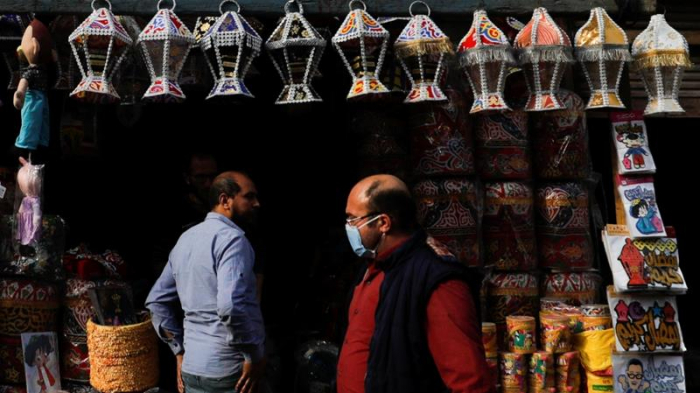 Muslims around the world will observe the holy month of Ramadan under lockdown and tight restrictions due to the coronavirus outbreak that has paralysed entire countries.

Ramadan is the holiest month for Muslims, in which they fast during daylight hours, congregate for prayers and share meals as a community.

But with strict curfews and physical distancing directives enforced to limit the spread of the highly contagious COVID-19 disease, many of Ramadan's rituals and traditions will be curtailed this year.

"I can't remember anything like this happening before," Mohd Faizal Musa, a research fellow at the National University of Malaysia's Institute of the Malay World and Civilization (ATMA), told Al Jazeera.

"There was World War II or natural disasters, but from past literature, historical texts, and various archives, I found that Muslims still gathered during Ramadan, despite the war or disasters, and still observed their religious rituals together.

"However, we are facing a different enemy this time around. It can be merciless and invisible."

How will fasting be different?

During the holy month, Muslims wake up early to eat a pre-dawn meal called suhoor, and break their fast after sunset with a meal called iftar.

Breaking of the fast is usually a communal affair. It is common for mosques to host large iftars, especially for the poor.

Because of the pandemic, which has spread to 185 nations, many countries this year have advised citizens to avoid large gatherings and have suhoor and iftar individually or with family at home.

In Egypt, all Ramadan activities, including group iftars and charity tables, are banned.

The World Health Organization (WHO) has advised using virtual alternatives, where possible, for social and religious gatherings.

Rozana Isa, head of Malaysia-based group Sisters in Islam, said this will have a "big economic impact" on small businesses and single mothers, who rely heavily on this source of income.

Meanwhile, as food consumption usually rises in Ramadan, there are concerns of panic buying and supplies running low amid the lockdowns.

"[On] this occasion where we have to practise physical distancing, not to greet one another in the way that we usually greet by hugging our fellow Muslims or shaking their hands, this will definitely have an impact on the spirit," she said.

Can people still pray together?

Congregational prayers are banned in several countries, and many mosques have been temporarily closed.

Saudi Arabia has suspended the special evening Tarawih prayers at mosques, as has Jordan, urging citizens to offer them at home.

In Iran, one of the region's hardest-hit nations, Supreme Leader Ayatollah Ali Khamenei has also called on people to avoid collective prayers.

"The religious authorities are definitely encouraging people to do their daily five prayers at home, and I think it really is within the family then to inculcate that spirit of coming together and praying [as a group]," Isa said.

Friday prayers outside the Omar Binu Katab mosque, while the spread of COVID-19 continues in Hodan district of Mogadishu, Somalia [File: Feisal Omar/Reuters]
In the Malaysian state of Selangor, the sultan has suspended religious activities in mosques until at least May 31.

Meanwhile, Pakistan will allow congregational prayers at mosques during Ramadan, but worshippers must keep a distance of two metres (six feet) from each other and are encouraged to bring their own prayer mats.

At Jerusalem's Al-Aqsa Mosque compound, which will be closed to Muslim worshippers throughout Ramadan, the call to prayer will still take place five times a day, and religious workers allowed entry.

Mosques in the United Kingdom and elsewhere will live-stream sermons, Quranic recitation and prayers.

"For us, the connectivity - whether it was through classes, the recitation of the Quran or through prayers at mosques -  we will now try to cope with in our homes," said Aiasha Amir, a Pakistani Islamic instructor and motivational speaker, who will be giving daily lectures live on Facebook during Ramadan.

How can you provide charity to the poor?

Giving charity and zakat, which is one of the five pillars of Islam, is encouraged during Ramadan.

In the United Arab Emirates (UAE), where a nightly nationwide curfew has been in place since March 26, charities will deliver iftar meals to the poor instead of serving them in Ramadan tents or mosques.

But in Saudi Arabia, the mosque of Prophet Muhammad in Medina will not provide iftar meals to needy people this year.

For safety reasons, religious and health experts have advised using online methods to donate to NGOs helping those affected by the outbreak.

"To avoid the crowded gathering associated with iftar banquets, consider using individual pre-packaged boxes/servings of food," the WHO said in its Ramadan guidelines.

"These can be organised by centralised entities and institutions, which should adhere to physical distancing throughout the whole cycle (collecting, packaging, storing and distribution)."

Can you fast with COVID-19 symptoms?

In all cases, it is essential to seek medical advice from your doctor.

According to the Quran, sick people are exempt from fasting and can make up for the missed fast within a year after Ramadan. The elderly, pregnant and nursing women are also allowed to skip fasting.

Therefore, according to Isa, if you are experiencing serious coronavirus symptoms, it is advisable not to fast.

"In Islam, it is very clear about who should fast and who is exempted from fasting, particularly those who are experiencing a particular ailment and I think with the coronavirus symptoms it doesn't sound like its an ailment that is something light," Isa said.

Amir said if an individual is not under a doctor's supervision and their cough and flu is not serious, then one may keep fasting.

"It depends upon the immunity of the person, if it is [symptoms are] mild and if it is bearable just like normal cough and flu in which there is no danger to your life ... carry on your fasts as long as it's not affecting your physical health."

How can Eid be celebrated in a pandemic?

The Eid al-Fitr festival marks the end of Ramadan and is celebrated as an official holiday in Muslim-majority countries.

With lockdown measures in place and large gatherings banned, this year's festivities will be scaled down.

The Indonesian Ulema Council recommends that people living and working in other cities should refrain from visiting their hometowns for the holiday.

It remains unclear if nations will lift or ease lockdown measures for Eid.

Saudia Arabia's grand mufti has said that, if the outbreak continues, Eid prayers can be performed at home.

"Like it or not, Eid this year will be in a restricted manner," said Musa at the National University of Malaysia.

"It will be different. A small, close Eid celebration between small unit members of the family will be organised.

"This will be less fun for kids, and they will remember this era or year to tell their children and future generations."

What can Muslims learn from this experience?
The faithful can learn a number of lessons from the restrictions this year as they are encouraged to observe Ramadan more modestly, Isa said.

"That whole notion about the food wastage, the wastage of resources and how it can be better channelled towards those who need it, that's something for us as Muslims to think about as well," she said.