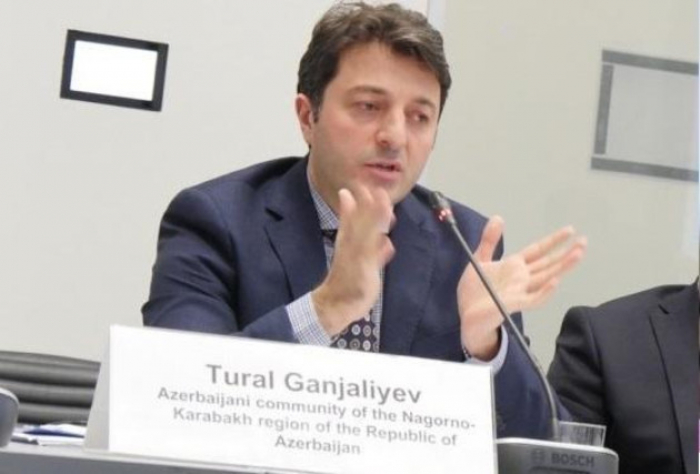 The recent appeals of the Minister of Foreign Affairs of Armenia, as well as the "representative" of the illegal regime created by this country in the occupied Azerbaijani territories, again showed the true essence of Armenia, Head of the Azerbaijani community of the Nagorno-Karabakh region of Azerbaijan Tural Ganjaliyev said.

Armenia again demonstrated to the world an attempt to conceal its aggressive policies under the false appearance of a “peaceful” negotiator, trying to delay the time on resolving the conflict and systematically strengthen the existing status quo based on occupation, Ganjaliyev said.

The refusal of Armenia to focus on phased solution of the conflict, which is supported by the co-chairs of the OSCE Minsk Group, undermines the negotiation process, he added.